Back to other  sculptures & installations >

Oh do you know why my aunt,
The elephant of the Jardin des Plantes
Drags his trunk with an embarrassed air,
As if caught in a guilty act
Oh my aunt I do declare,
It’s not fit for saying out loud…
1870-1871, the time of the Commune and the Parisians are hungry. They ate the bear and the antelopes and then on 1 December it was the turn of the deer, and on Thursday 29 and Friday 30 December, the two elephants Castor and Pollux were slaughtered. 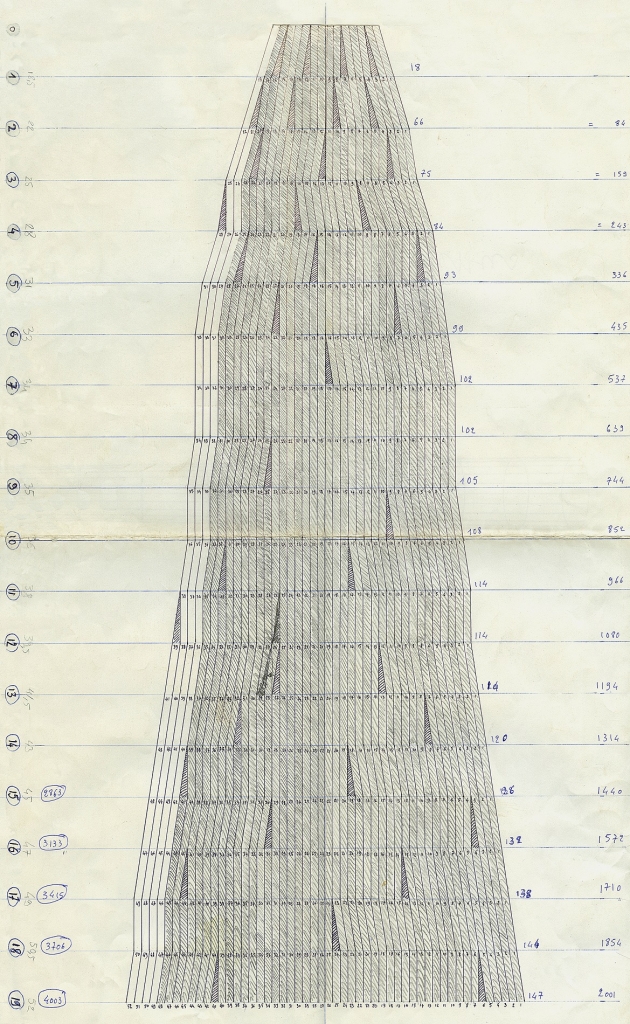 As for the elephant given as a gift to France by the Crown Prince of Ethiopia, he saw out his days at the zoo of the Jardin des Plantes. To be given to the French State, this animal must have been a fine representative of the elephantidae family, and its tusks, spared by captivity, were preserved for posterity.

They are among the most beautiful held by the Museum of Natural History in Paris, and bear the reference 19231001*.

The measurements taken on these tusks were multiplied by three: 50cm in diameter, 6 meters in length, for a surface of 4.5 square meters.

It is pieced together like a boat, with ribs made out of fruit tree wood distributed every 30 cm. The frame is then covered in with red cedar rods one centimetre wide.

Up to 1960, piano keys were made out of ivory as pianists were not satisfied with substitute materials. In this respect, they were more difficult to please than billiards players who adopted celluloid balls very early. It has to be said that the synthetic balls were rounder and smoother.

A white key is made of three identical pieces, except at the two ends of the keyboard, the lower A and the higher E being a little wider. The keytop, where the finger is placed, and the vertical square part is removed by restorers using a hot iron. Only the stem, the thinnest part of the key, which slips between the ebony of the black keys, is not recovered.

The 4,470 10cm x 1cm pieces of ivory that were saved from destruction (on more than one hundred pianos) to put together this work were collected over a three-year period.

Like on a dentist’s colour chart, there can be significant variations in the colour of the ivory. Depending on the quality of the piano, it may have come from Guinea, the brightest and softest to touch, or from Asia, which is considered less white and less fine… The instrument’s environment is also responsible for major alterations: the keyboard of a piano that spent half a century in a smoky club takes on the colour of a smoker’s incisors; that of a drawing room instrument that was played little and covered with velvet will remain immaculate.

The keys salvaged from the 110 keyboards due for destruction were in such a range of conditions that it wasn’t possible to use them in their recovered state. The randomness of the supply made it impossible to maintain a regular gradation, so the keys had to be bleached with hydrogen peroxide, even if they retain different shades.

The ivory is translucent and along with the honey-coloured animal glue and zinc oxide used by the piano makers it makes for a beautiful opaque white effect.

The gradual decrease in the girth of the piece was brought about by removing a few lines of keys on each rib. Thus, it goes from a circumference of 114 keys in the widest part down to only 48 at the tip.

The ivory was treated to flatten the tip and take a form that was not so pointed, as tusks wear out and become rounded, even in captivity. 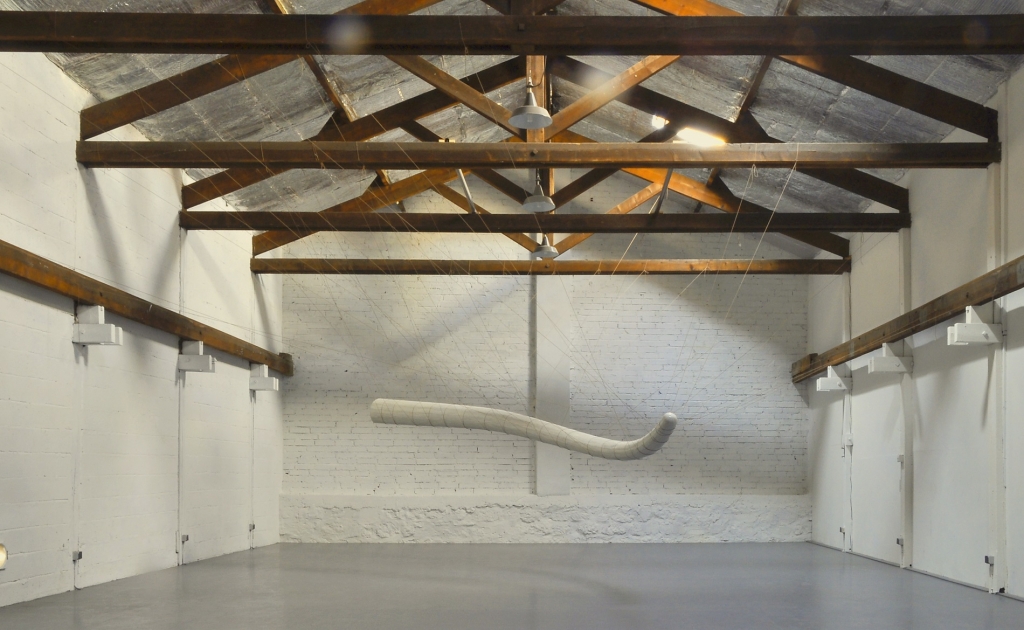 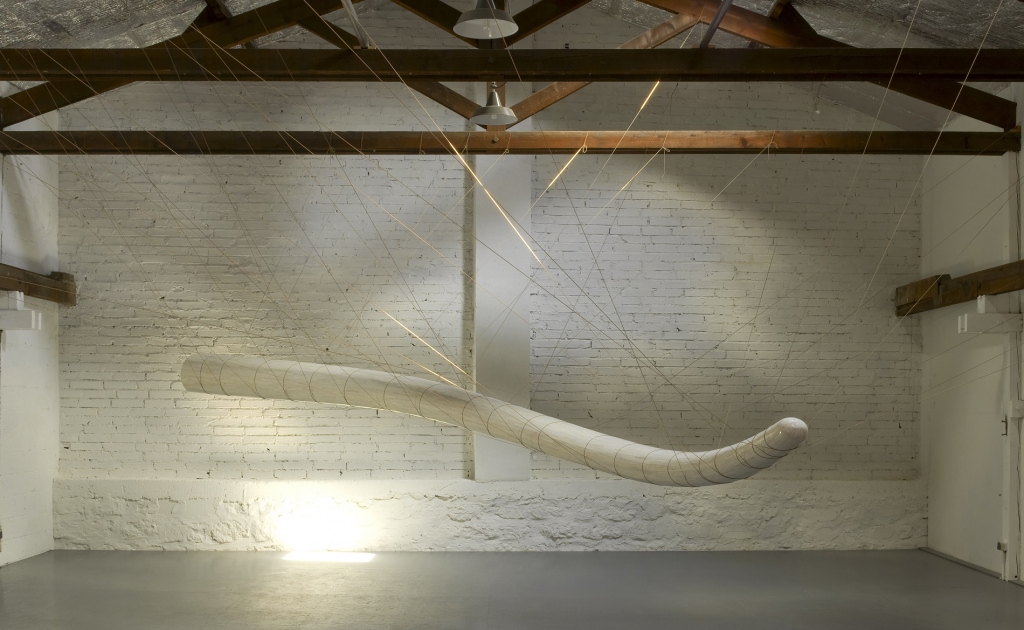 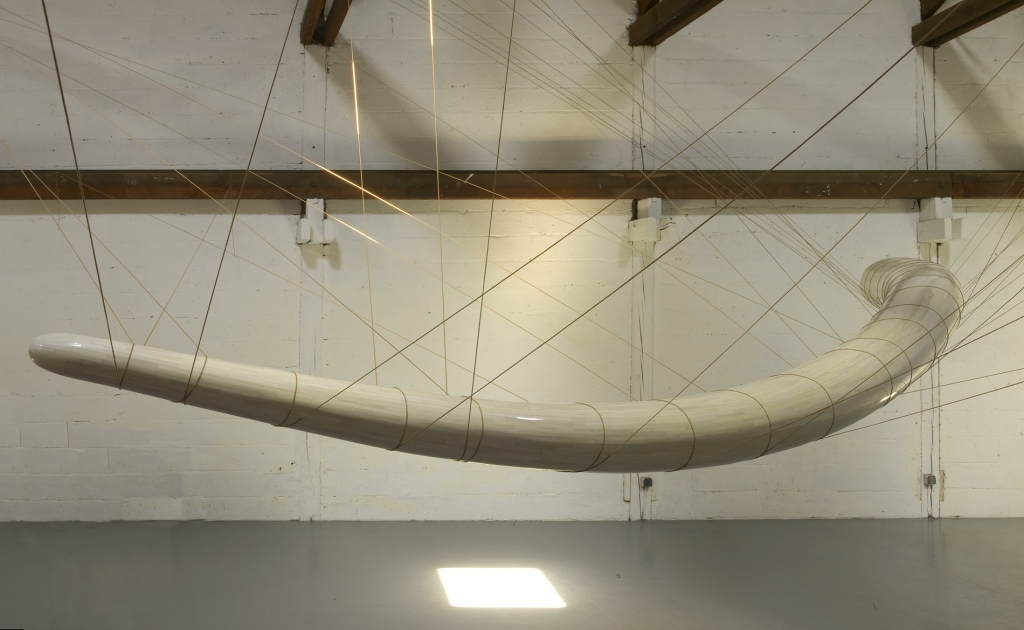 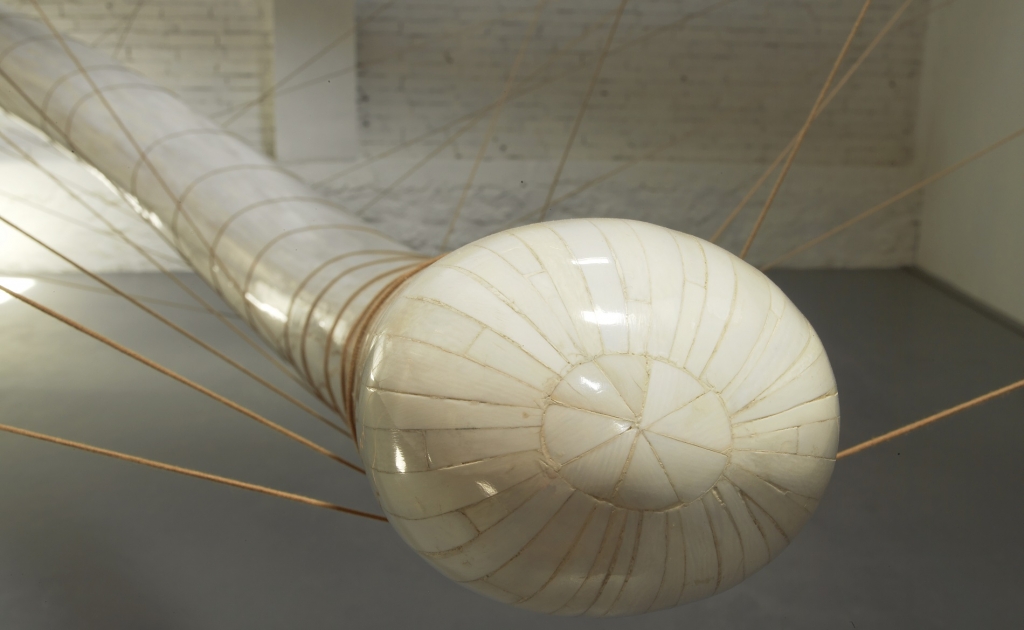 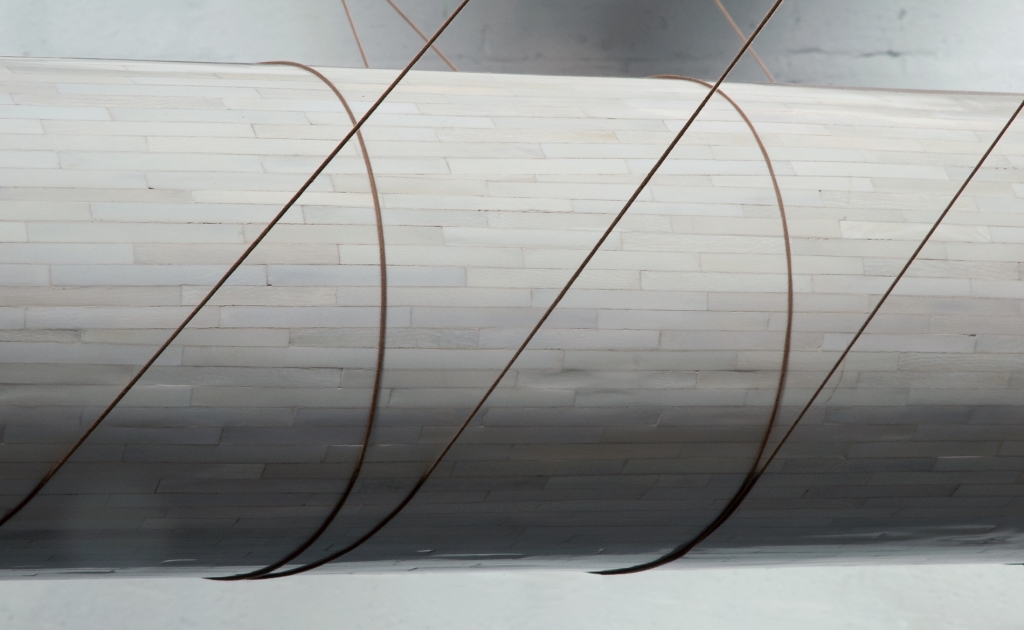 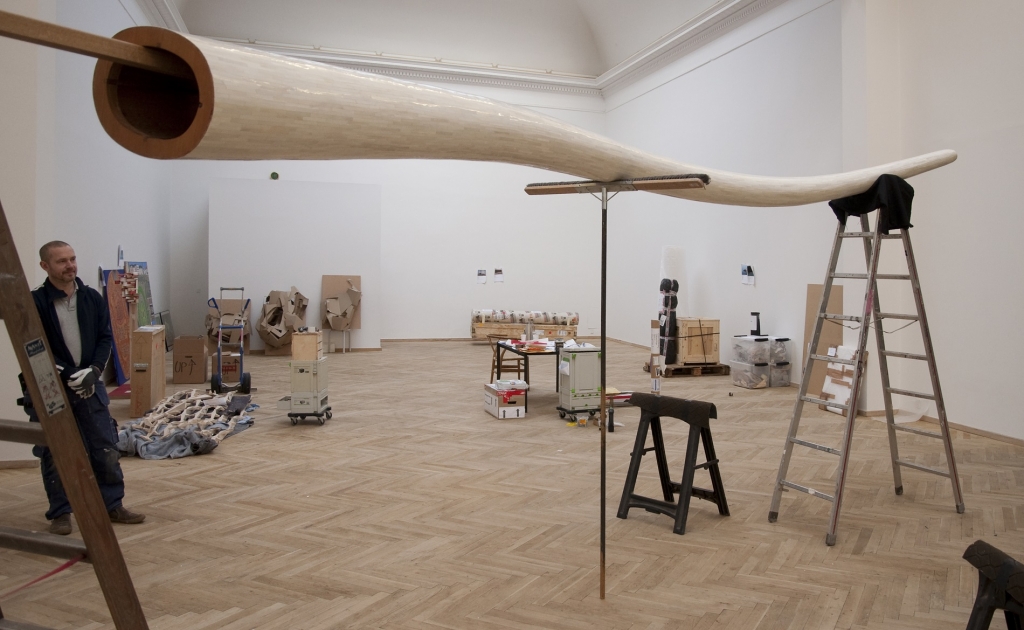 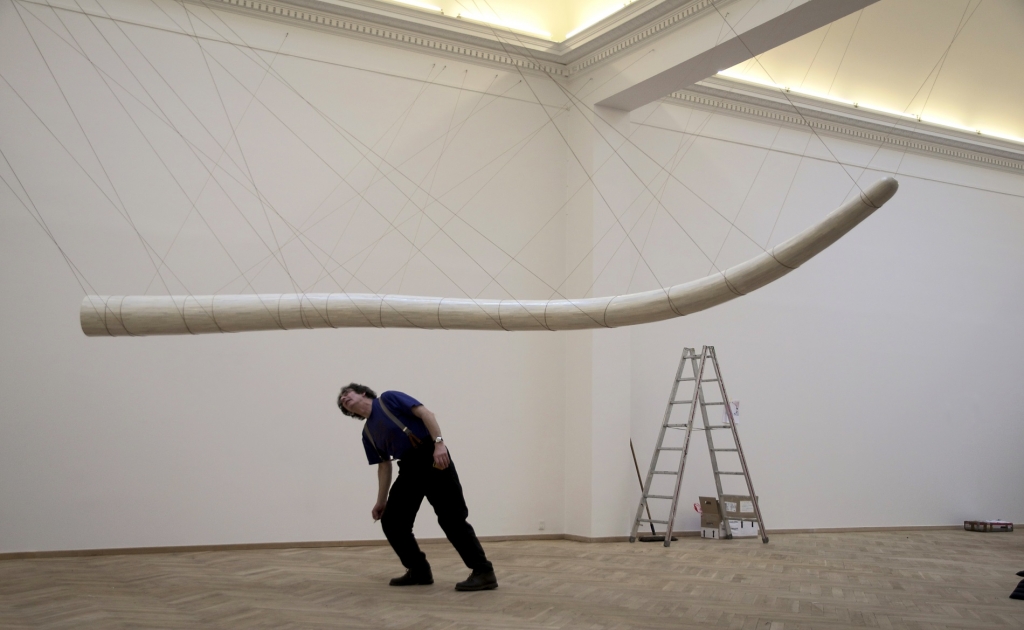 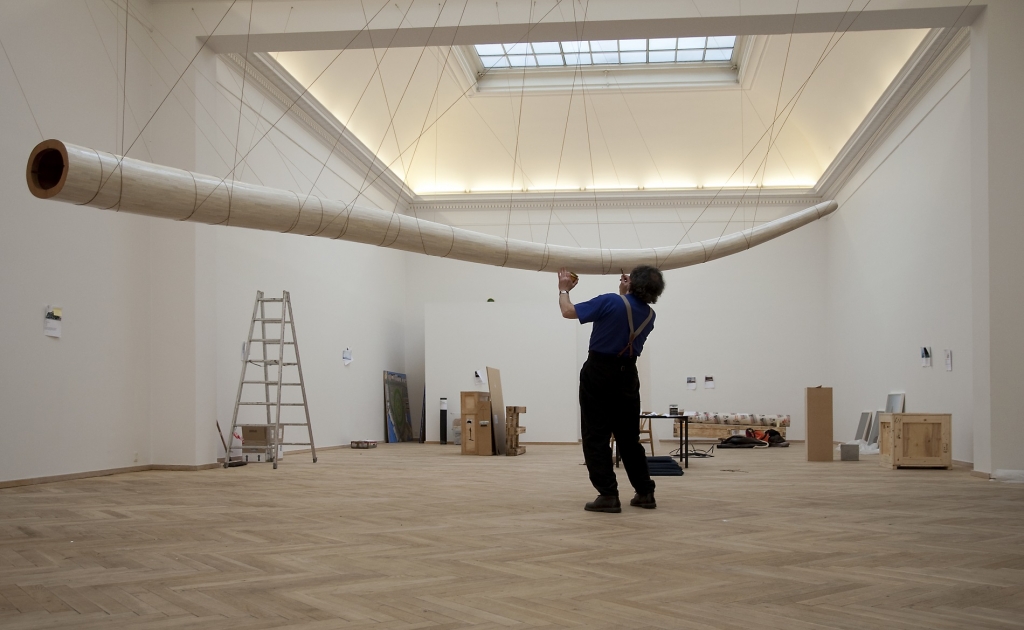 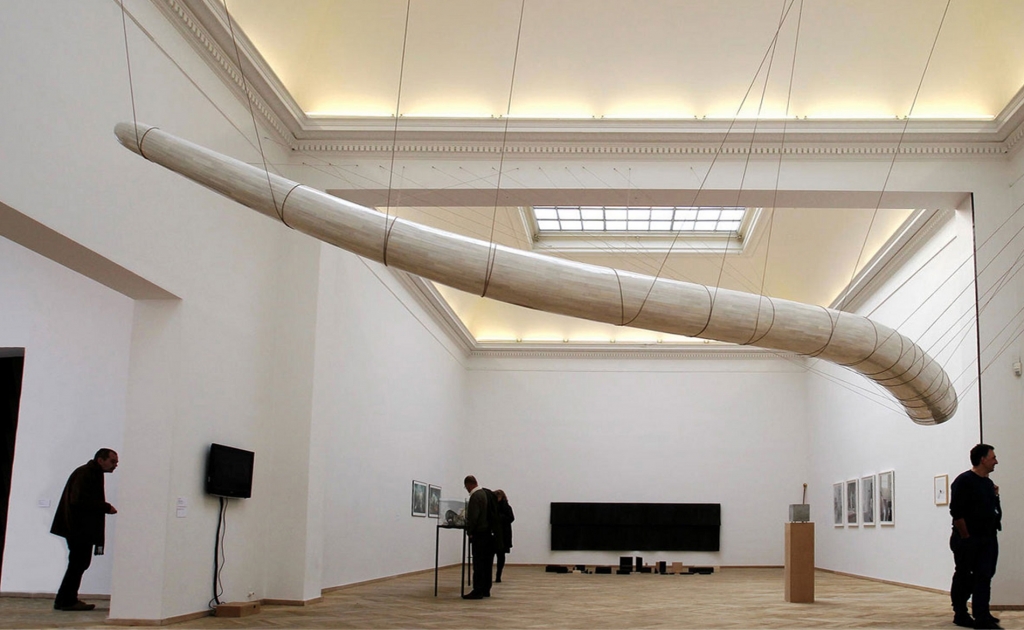 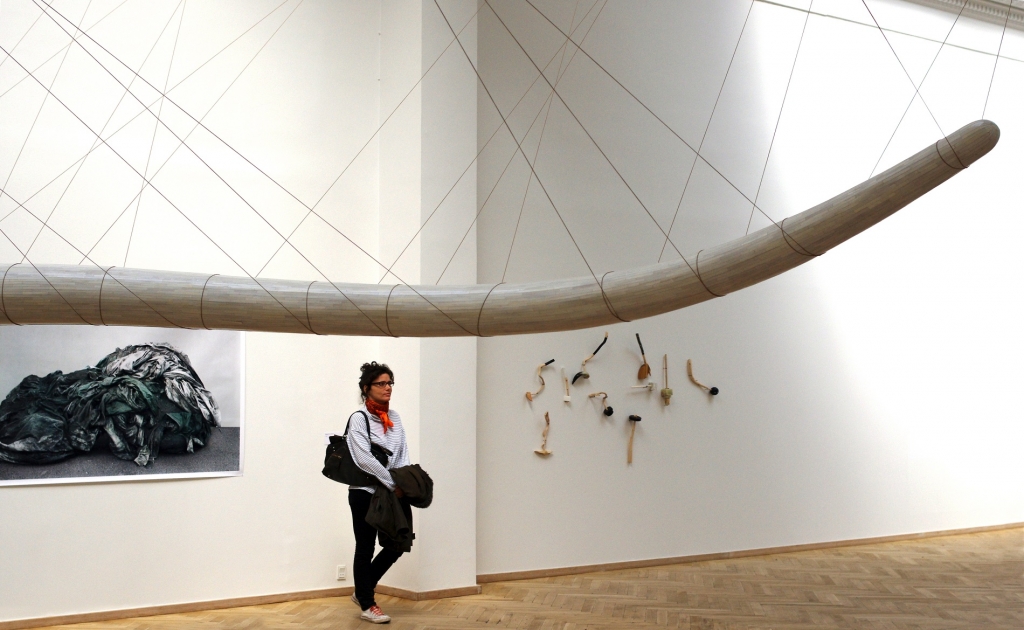 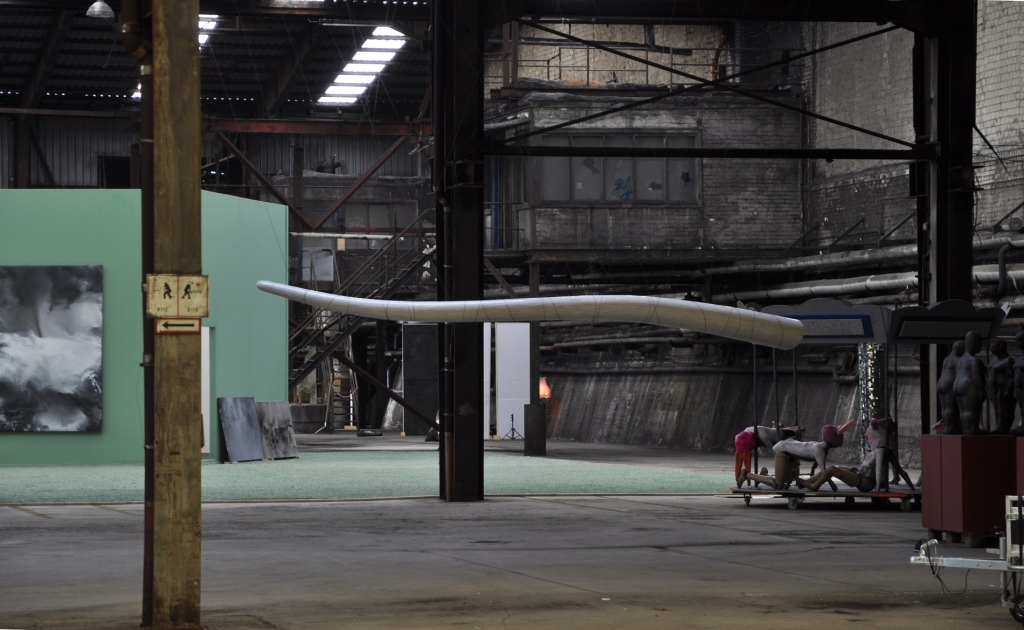 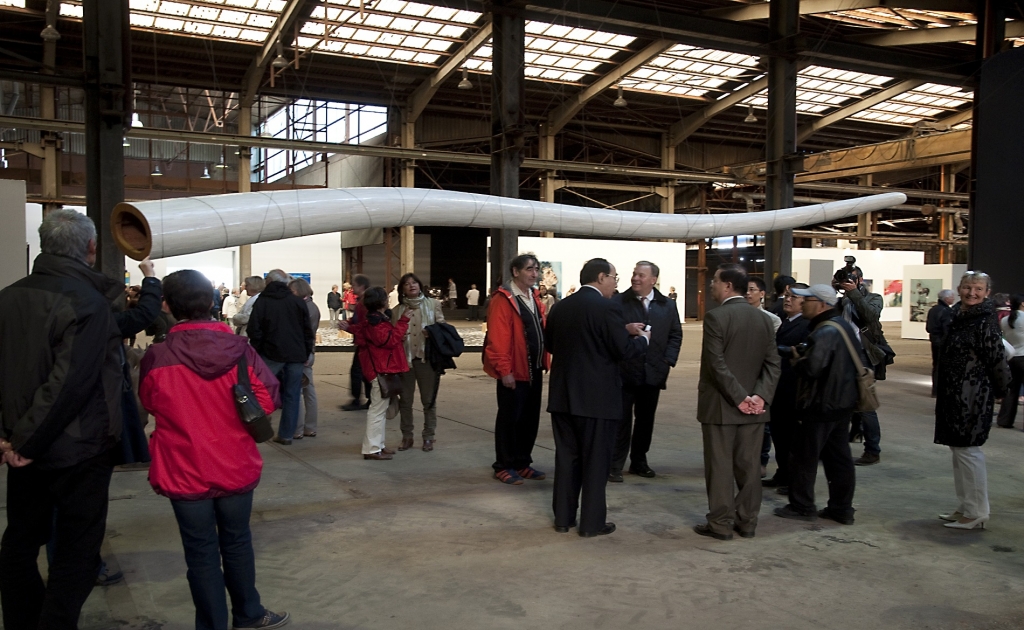 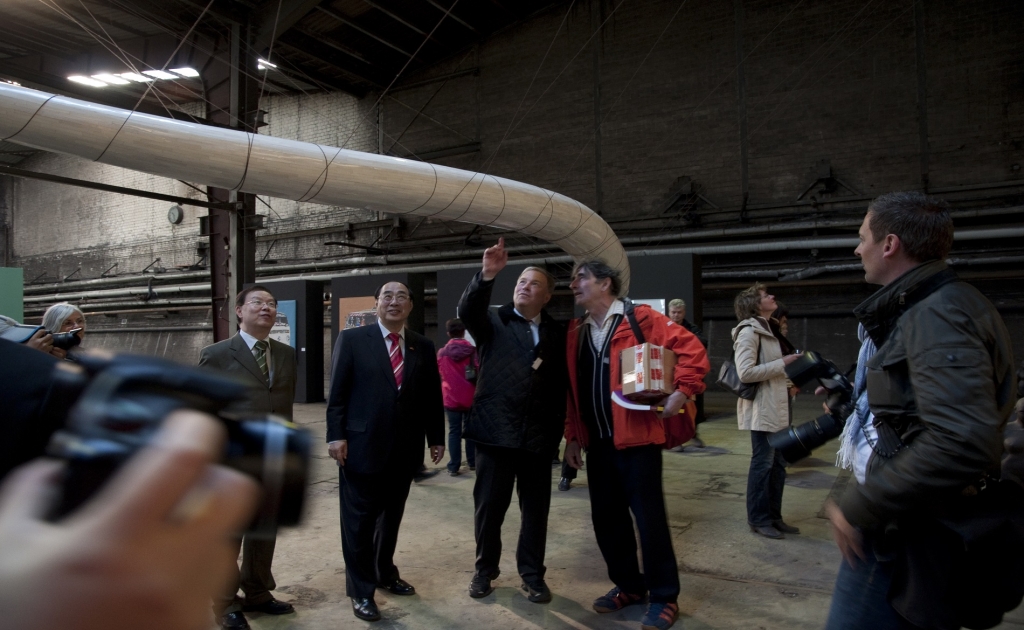 During the Civil War in the United States, the blockade imposed on Southerners made it impossible to import elephant ivory, from which billiard balls were manufactured. Furthermore, the intensive use of ivory threatened to drive elephants into extinction. Phelan & Collender of New York, which manufactured billiards equipment and was alarmed at the threat to its business, launched a competition with a $10,000 prize for whoever found a substitute for ivory (a prize that was never awarded as it turns out).

The American printer and amateur inventor John Wesley Hyatt began his experiments on cellulose nitrate in 1863 with the intention of winning this prize. In 1869, after many attempts, he managed to cover a billiard ball with collodion, a cellulose nitrate solution diluted in acetone or ether that leaves a cellulose film when the solvent evaporates. However, this material was too fragile to withstand the shocks of the billiard balls hitting against each other. In 1870, John and his brother Isaiah mixed cellulose nitrate and camphor and obtained celluloid. At the time, it was produced by grinding silk paper and mixing it with nitric and sulfuric acid. Cellulose nitrate was produced in this way and was then “plasticised” through the addition of camphor (extract of the camphor laurel), pigments and alcohol.

Alexander Parkes and Daniel Spill had already studied camphor in their first experiments, but it was the Hyatt brothers who recognised its true utility and its role in the creation of celluloid from cellulose nitrate. Isaiah marketed this new product under the name Celluloid in 1872.

The English inventor Spill then sued the Hyatt brothers, claiming to be the original inventor. Many court cases succeeded between 1877 and 1884 until finally it was recognised that the true inventor of the Celluloid was in fact Alexander Parkes and the judge authorised the continued operation of all celluloid factories, including the Hyatts’ Celluloid Manufacturing Company.