Back to other sculptures & installations >

As if they had come out of a cupboard in which time was suspended, hangers coiffed with horsehair, all salvaged from bowstrings. Near 400 bows, at a rate of thousands of notes per day, quite the output.

The bows marked time, followed time, kept time, most for more than a year, before the horsehair strings were changed.
Suffice to say, they know what time is.
For months, the bow maker kept the hair from all the bows she was asked to change. In all it came to five kilos of hair, which was shampooed, with half of it dyed brown.
It was then weighed, the brown and white hair was mixed thoroughly, bound together and attached to the hangers. The 20 gram tufts of hair were arranged on hangers so that, going from left to right, the shade gradually lightened: 0.4 grams of brown removed and as much white added, and so on.
In all, fifty steps go from brown to white, for the Gran Hotel Il Tempo. 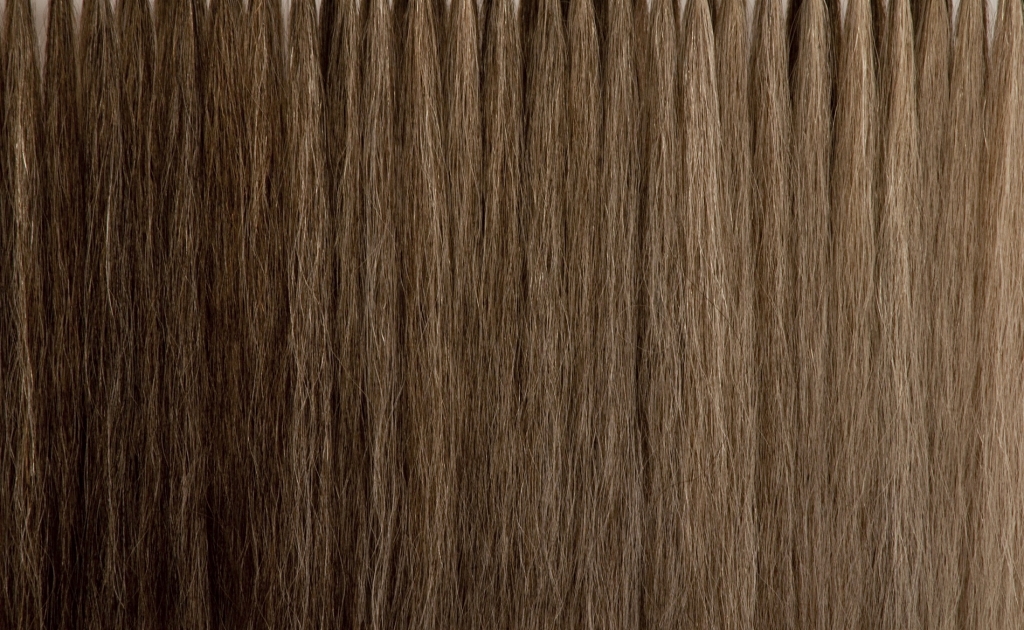 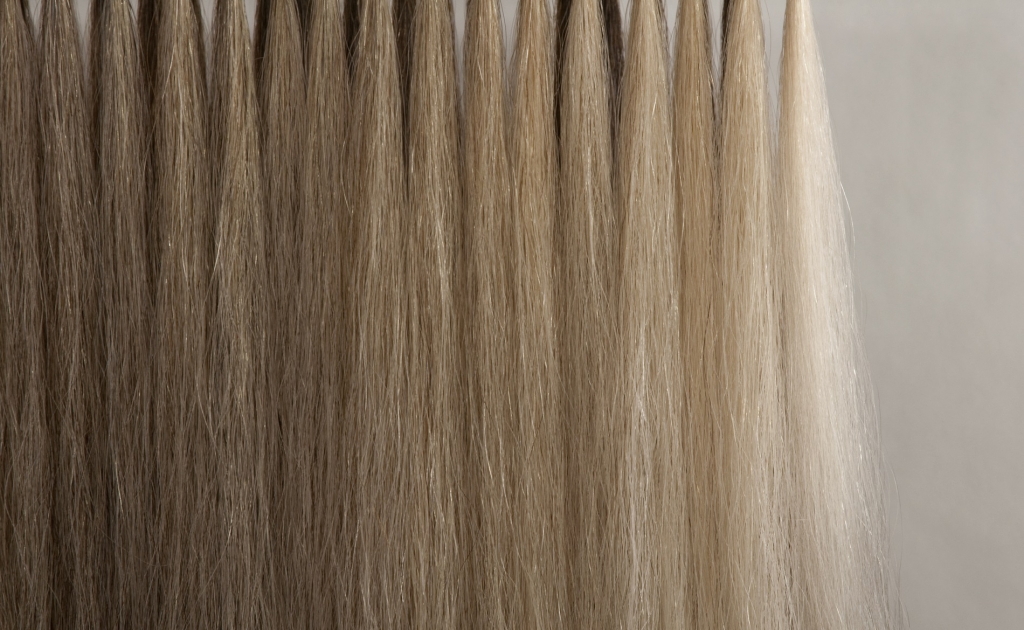 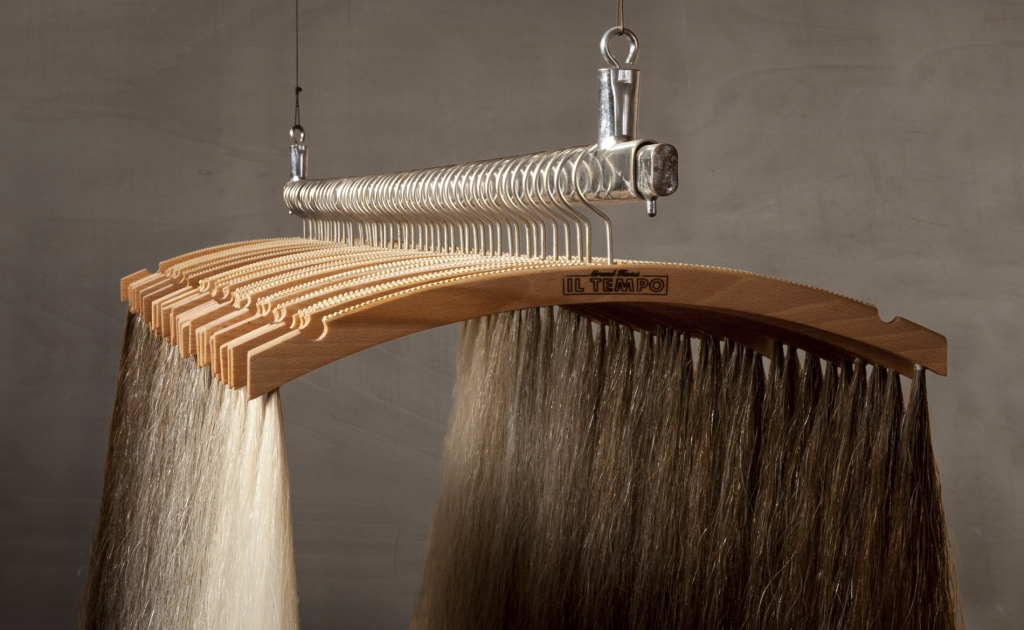 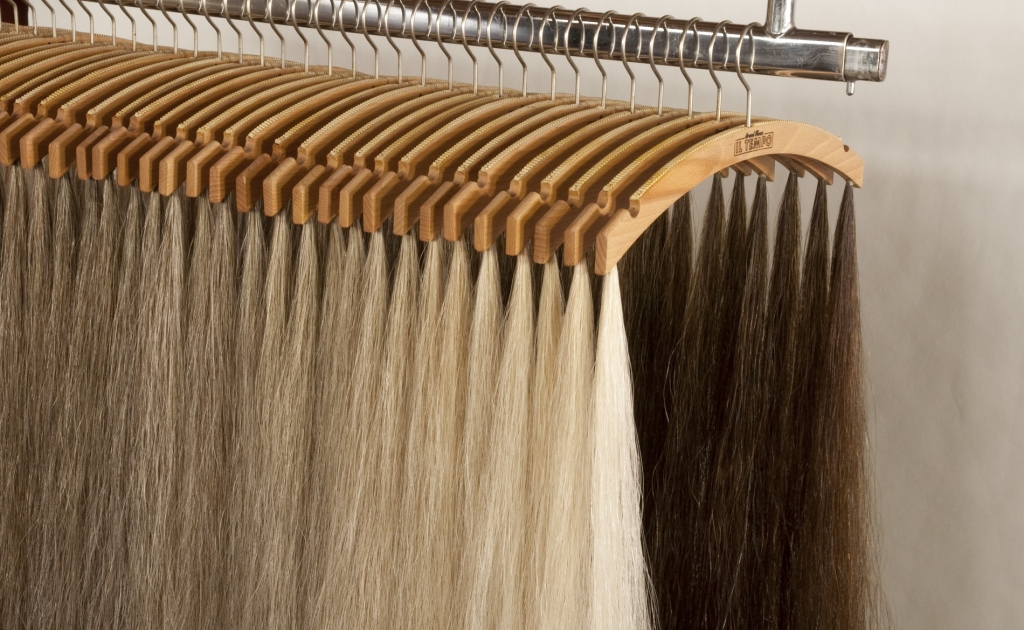 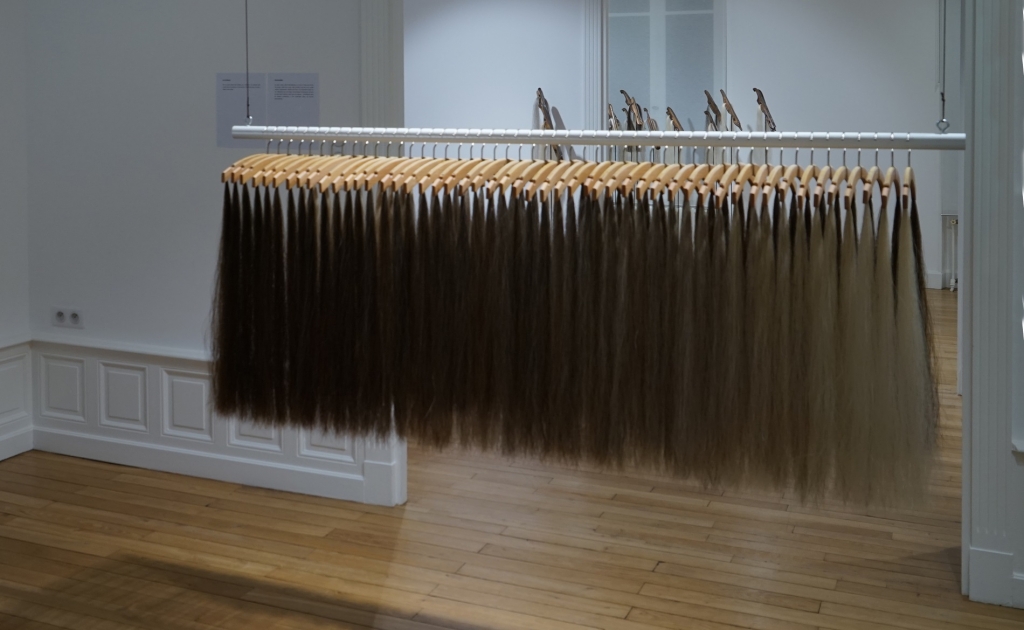 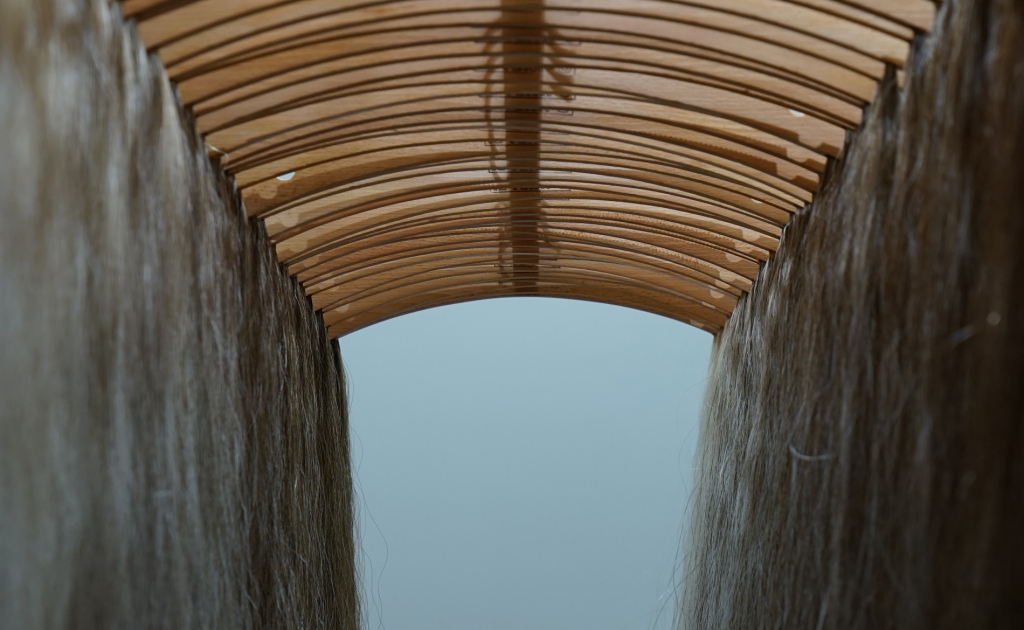 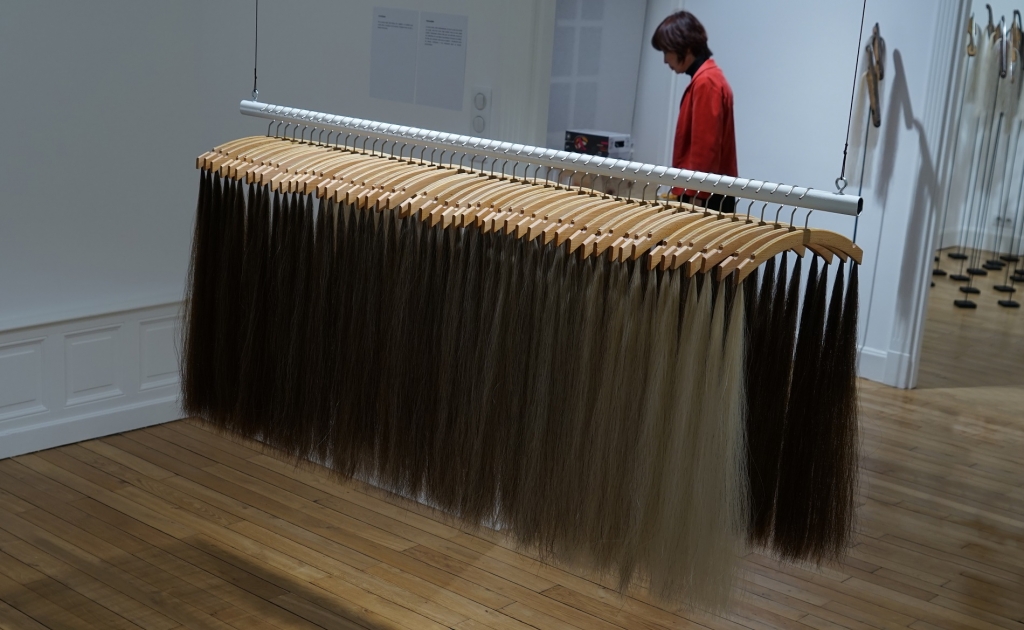 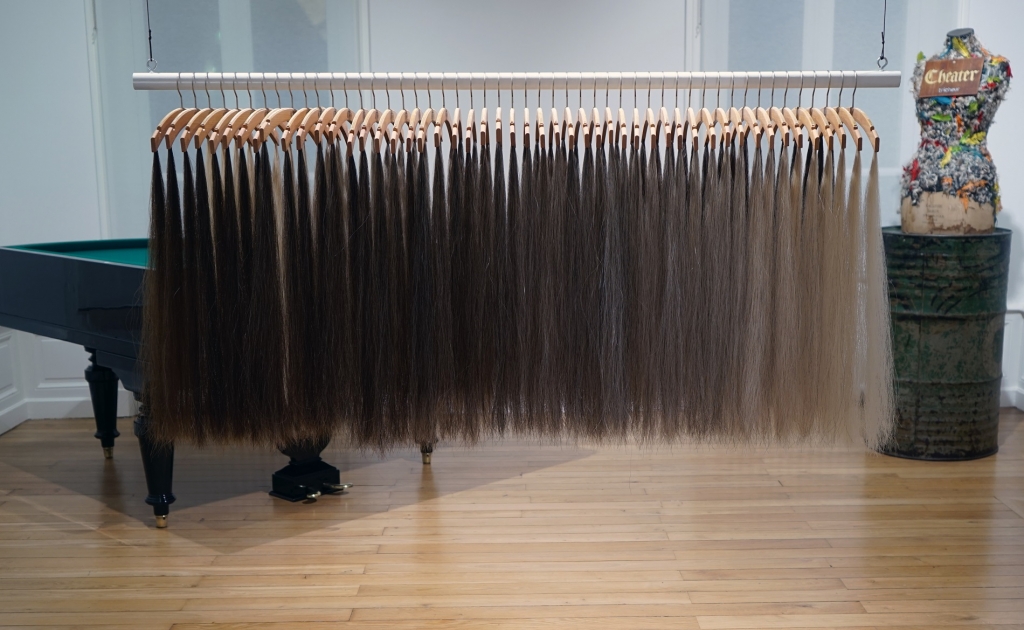 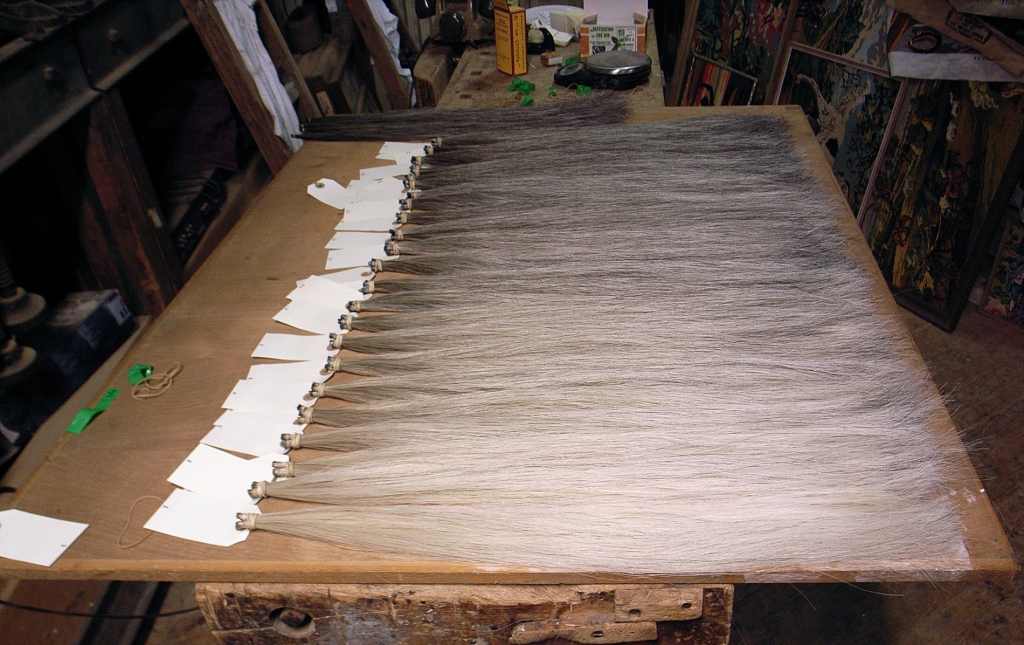 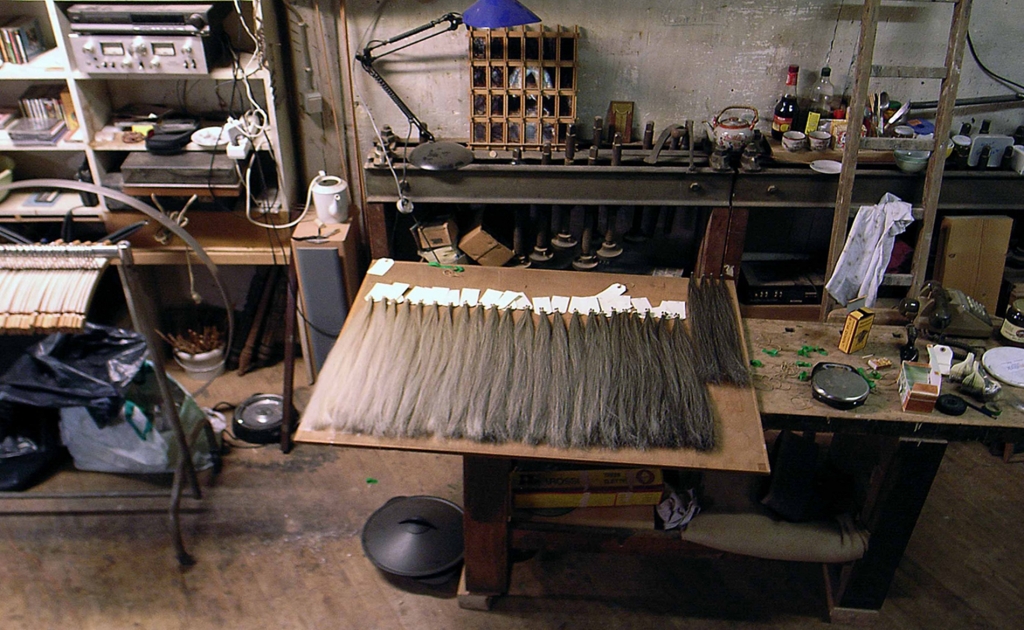 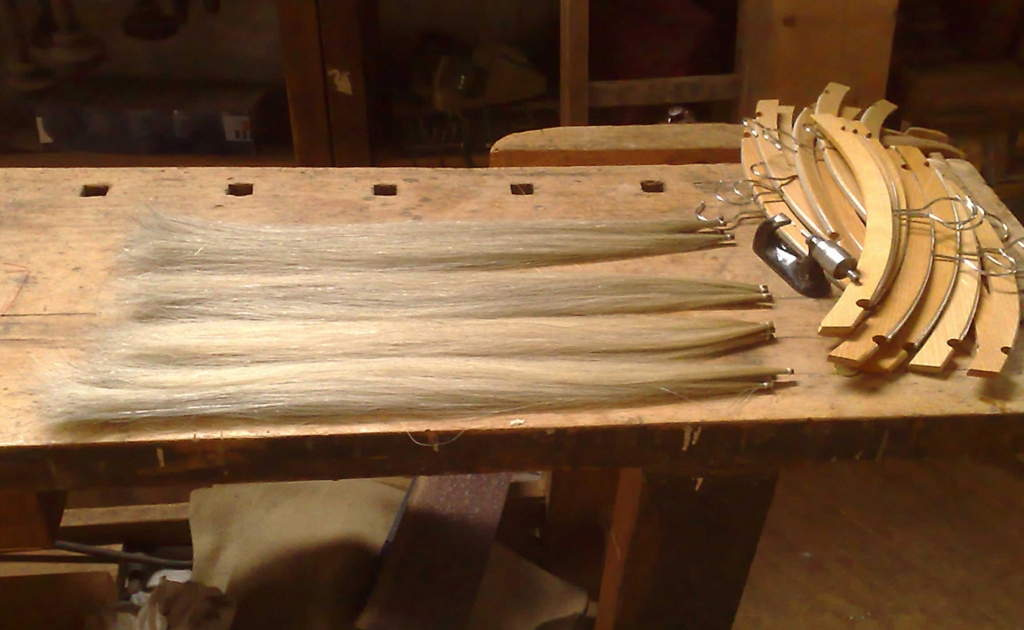 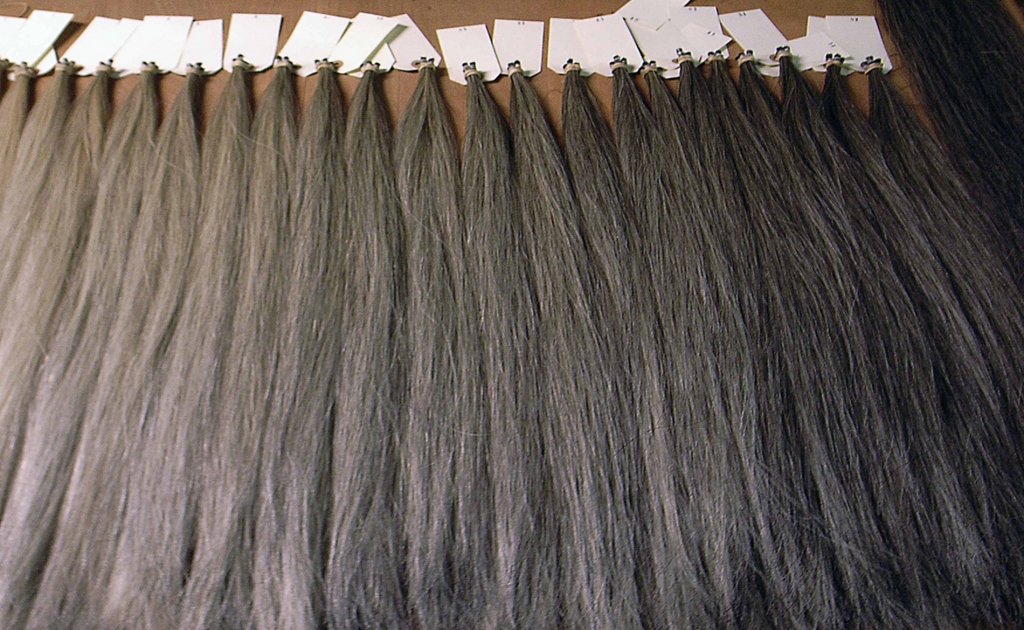 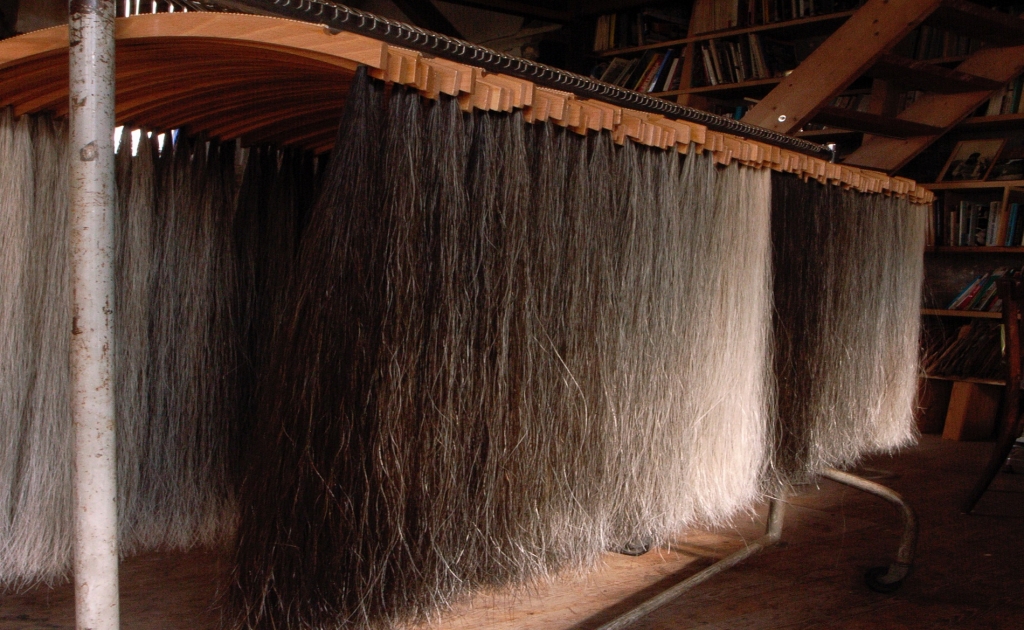