Back to other performances >

On 27 October 2012, at the Générateur de Gentilly.
The woman, the yarn, the weaver and the loom draw a long line.
Gradually, her black clothes are taken apart and the pieces are integrated into the weave. A long rite of passage begins, punctuated by songs.
Through her head, she maintains tension on the yarn, which is what enables the loom to function. Two hours later, she is left bare, as if for a new birth and, freed of threads, she puts on the new weave. 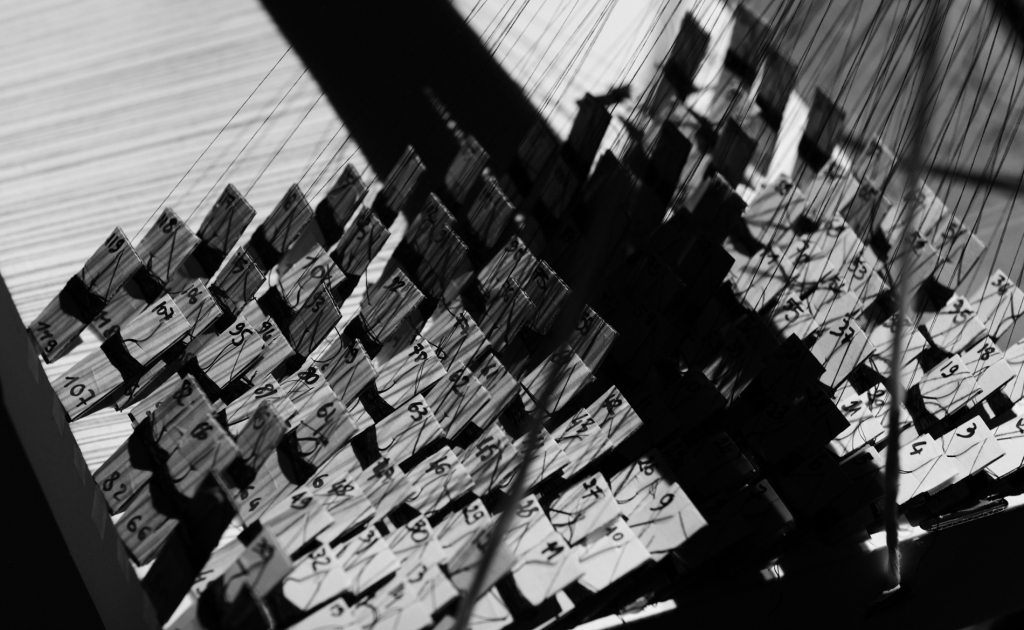 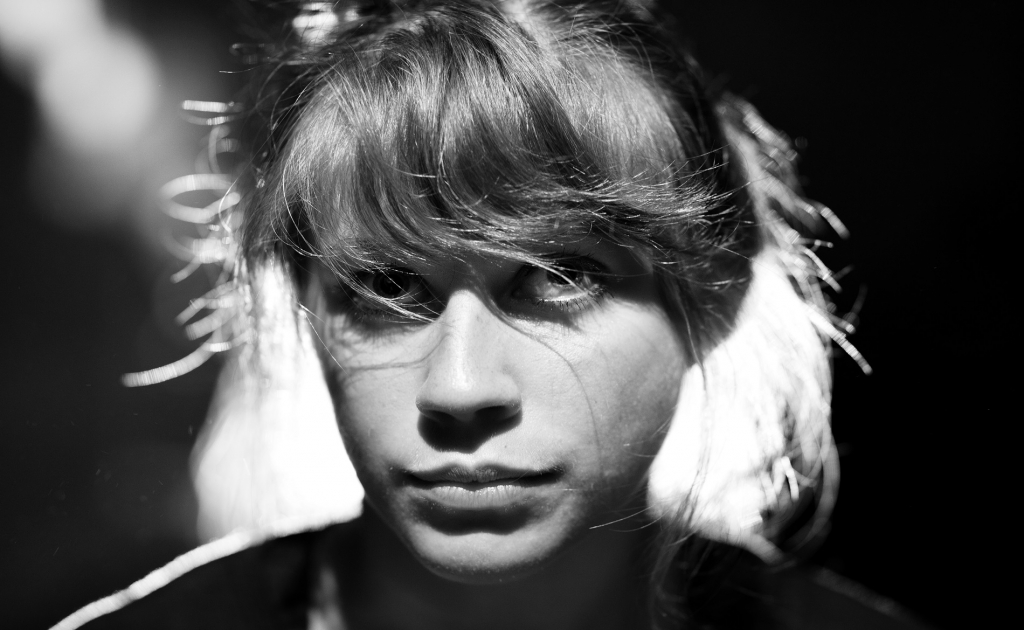 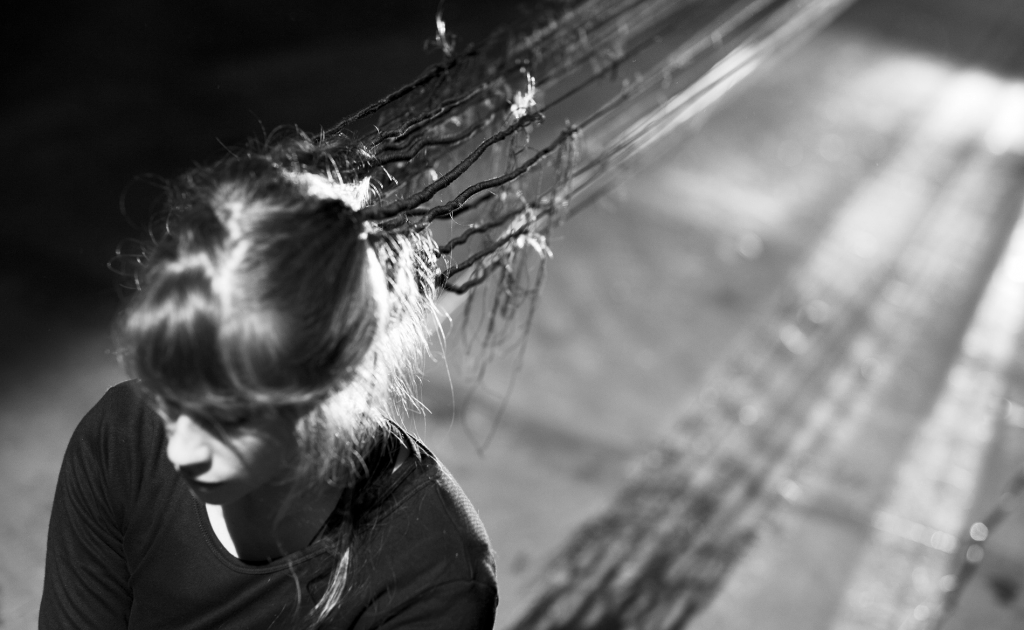 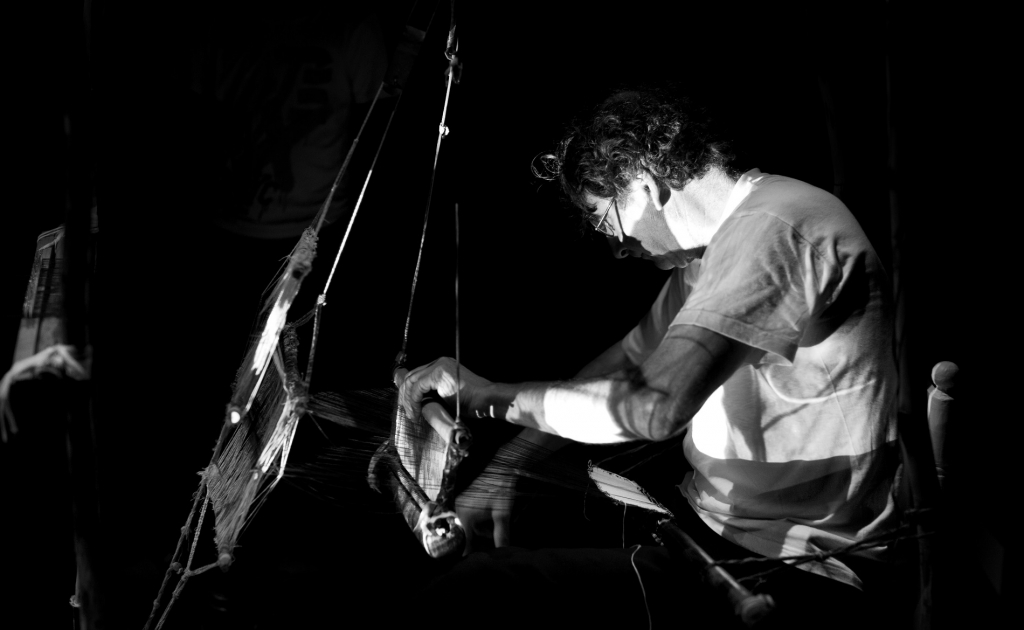 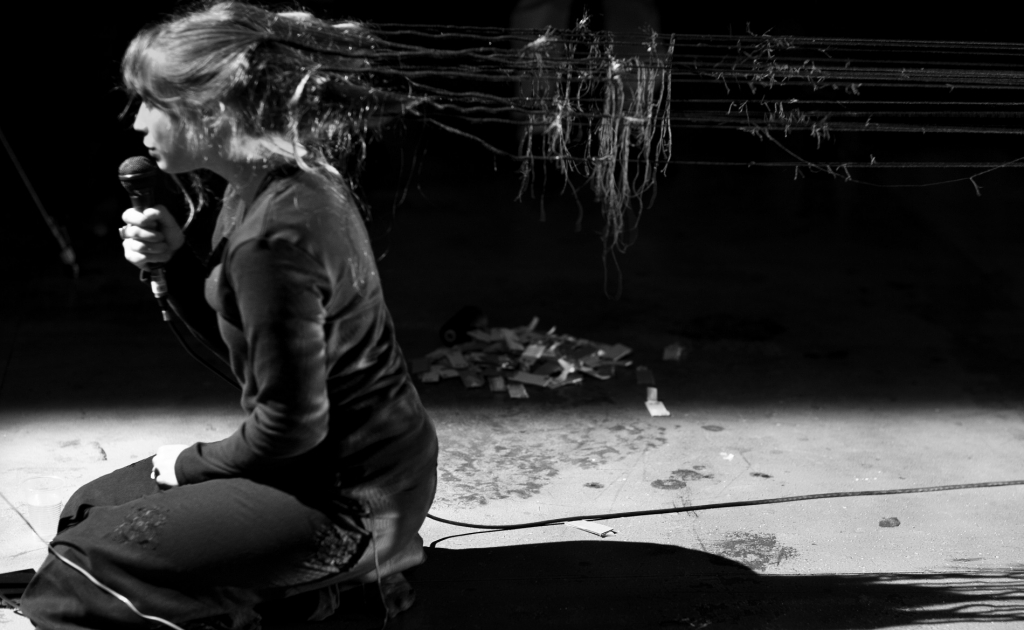 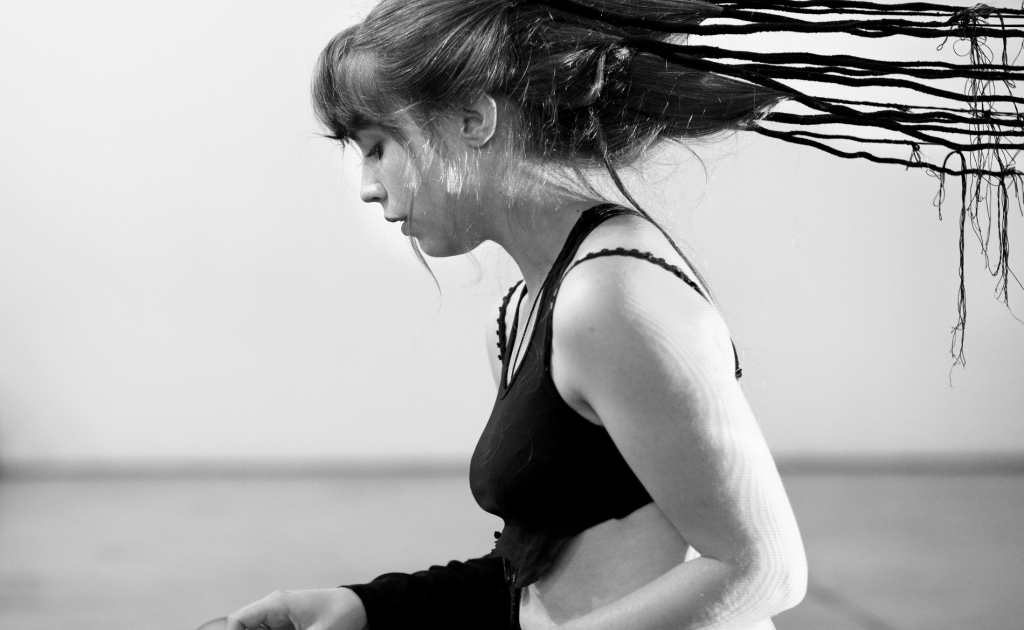 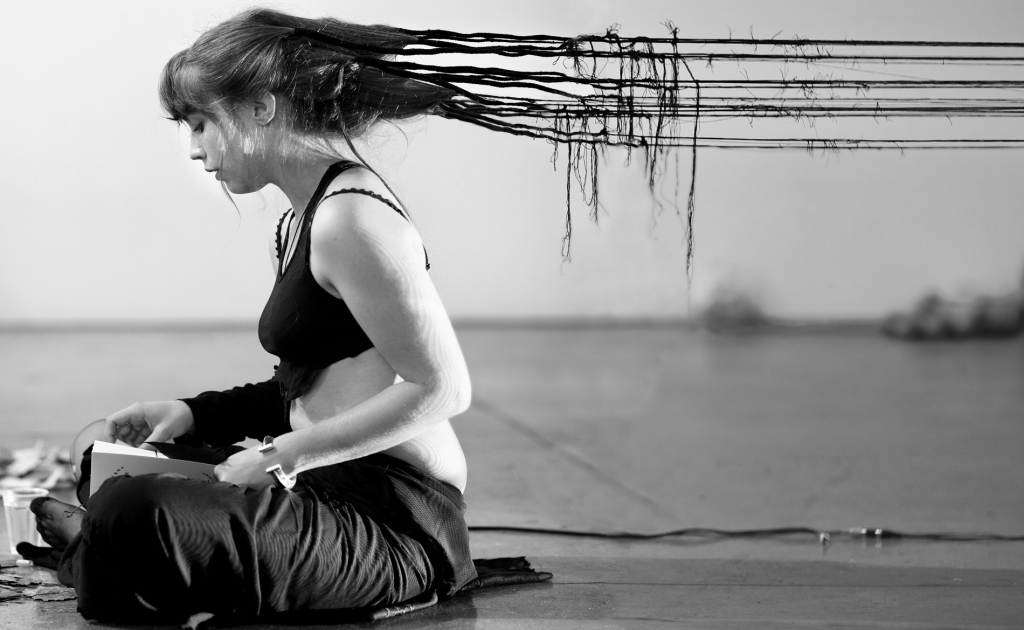 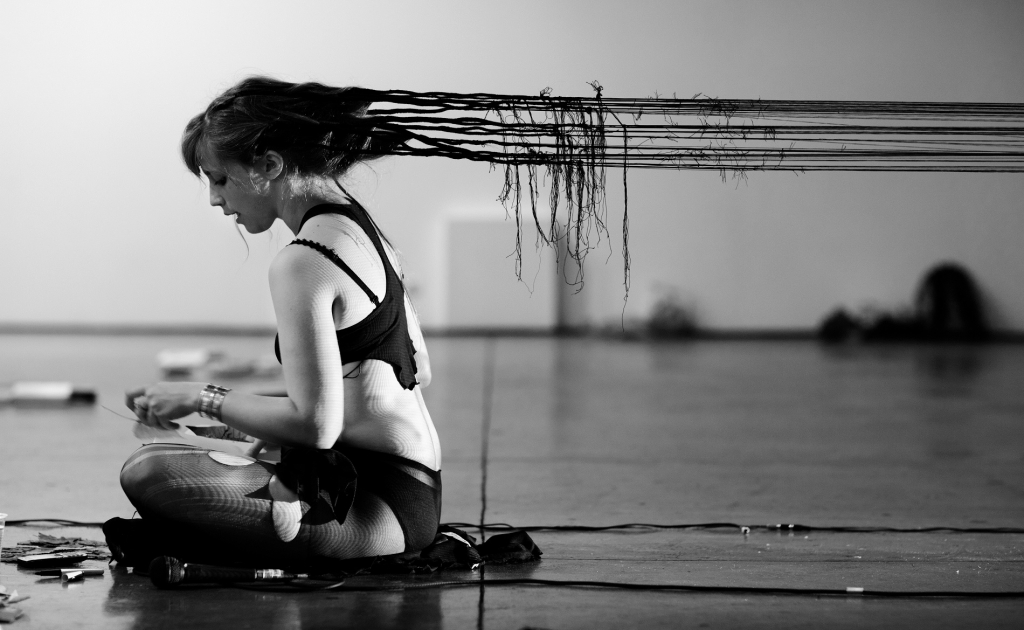