Back to other exhibitions >

Group exhibition.
Time in all its forms: its perception, its representation, its memory, its organisation, its use.
The exhibition is divided into twelve sections: it begins in darkness, a memory of the time when observing the movement of the stars and the starry night sky was a vital activity, and ends in full light to mark the fundamental human rhythm of the passage from night to day. Four hundred works, including an Egyptian water clock (first century BCE) and atomic clocks as well as works by Nam June Paik (Moon is the oldest TV), Ligeti’s Poème symphonique for 100 metronomes (installation by Gilles T. Lacombe), self-portraits by artists (Boltanski, Warhol), and the complete reading of Proust’s In Search of Lost Time by contemporary writers, compose an itinerary that is closer to an in-depth experience than a simple hanging. The exhibition also features original creations, such as Heiner Goebbels’ musical installations and a calendar of the year 2000 by Claude Closky. 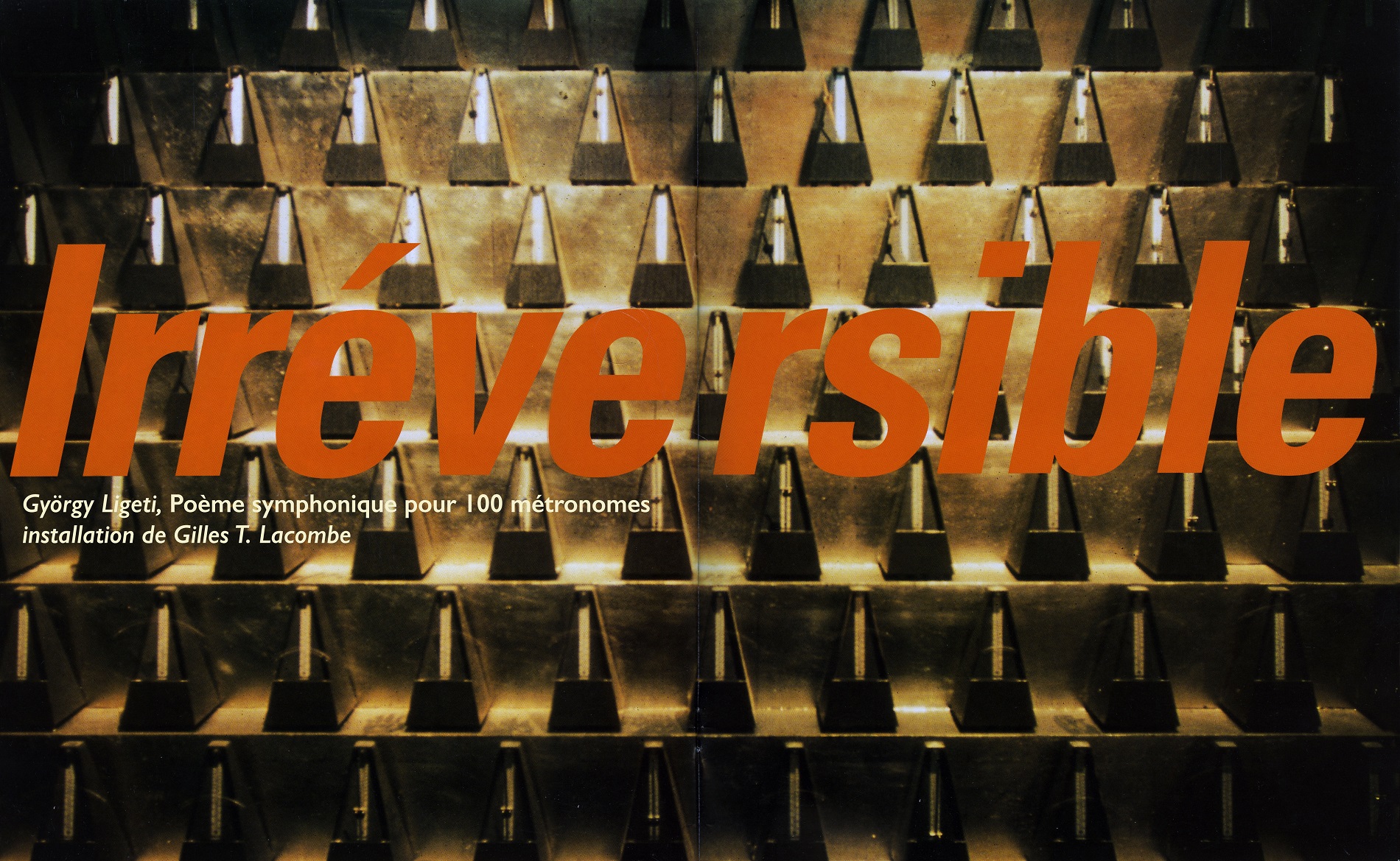