Back of the other sculptures & installations >

Up to recently (that is, 5,000 BCE), the vulva (that is, according to the terminology used by archaeologists) was abundantly represented, with thousands of depictions around the world, one of the oldest of which is in the Chauvet cave. Since then vulvas have featured very rarely in painting and have been almost entirely absent in sculpture.
The first (detail) is in Carrara stone, the second is in bronze, the third in iron. At full length, the sisters would be just over 12 meters tall, or one third the height of the Statue of Liberty Enlightening the World.
Depictions of vulvas are found throughout the entire Paleolithic and spread over a vast territory. These are simple signs consisting of triangles that may be more or less rounded with a bisector on one corner… It is common usage to refer to them as vulvas. 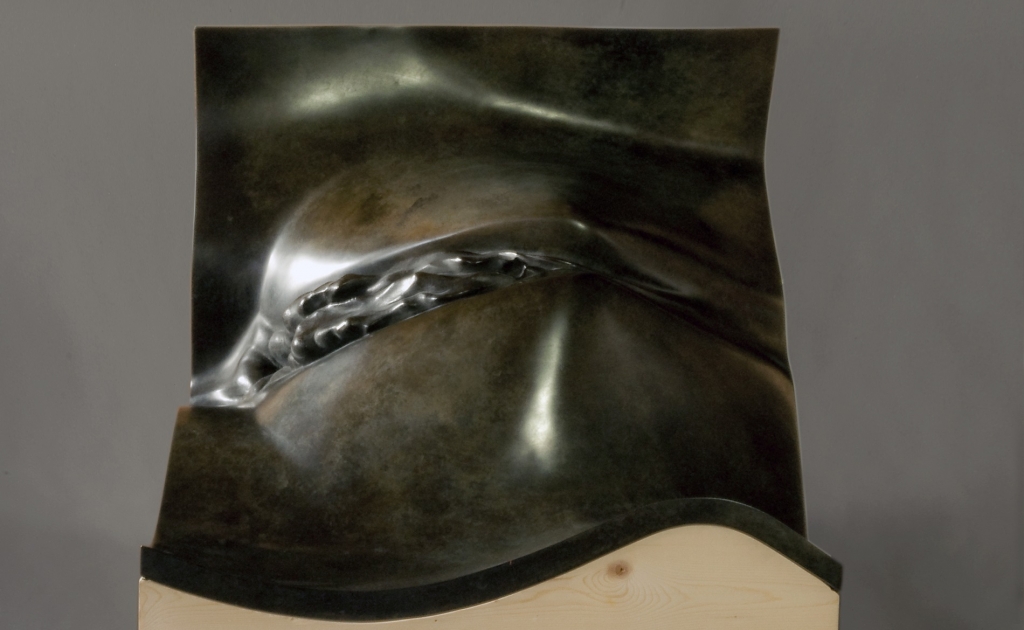 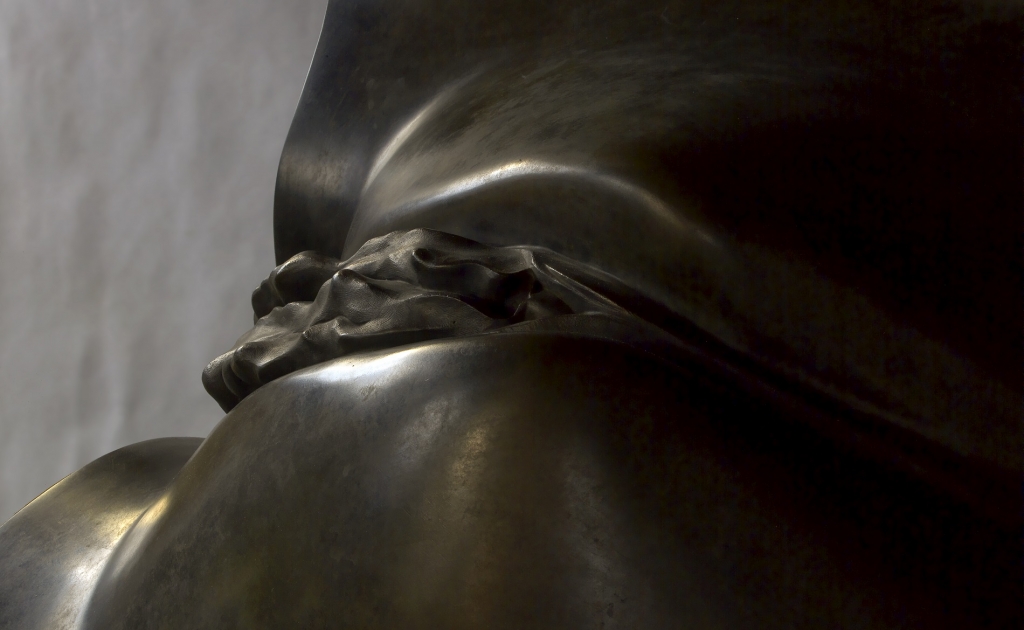 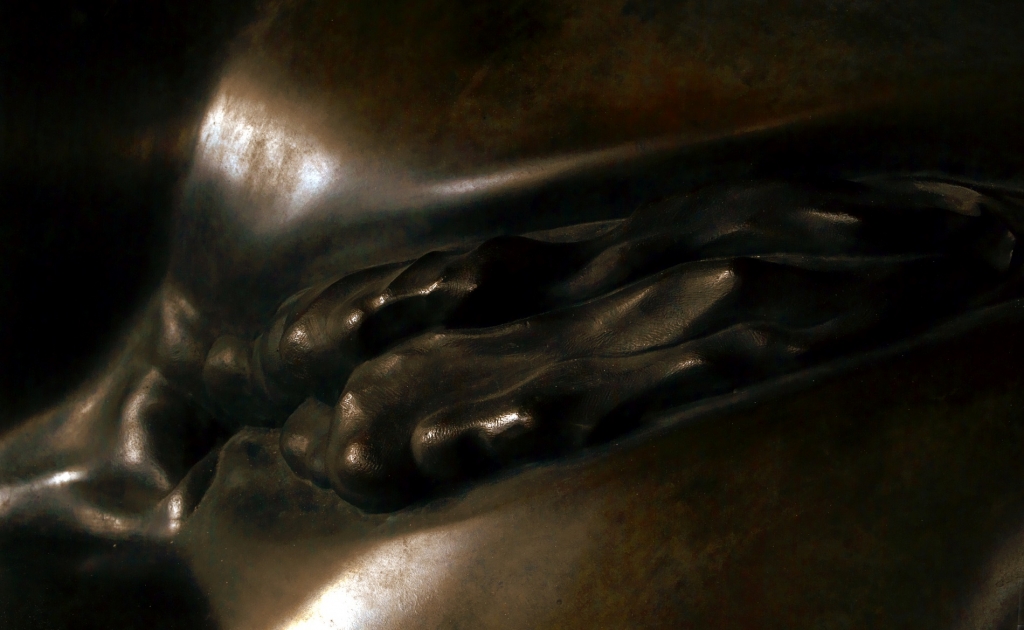 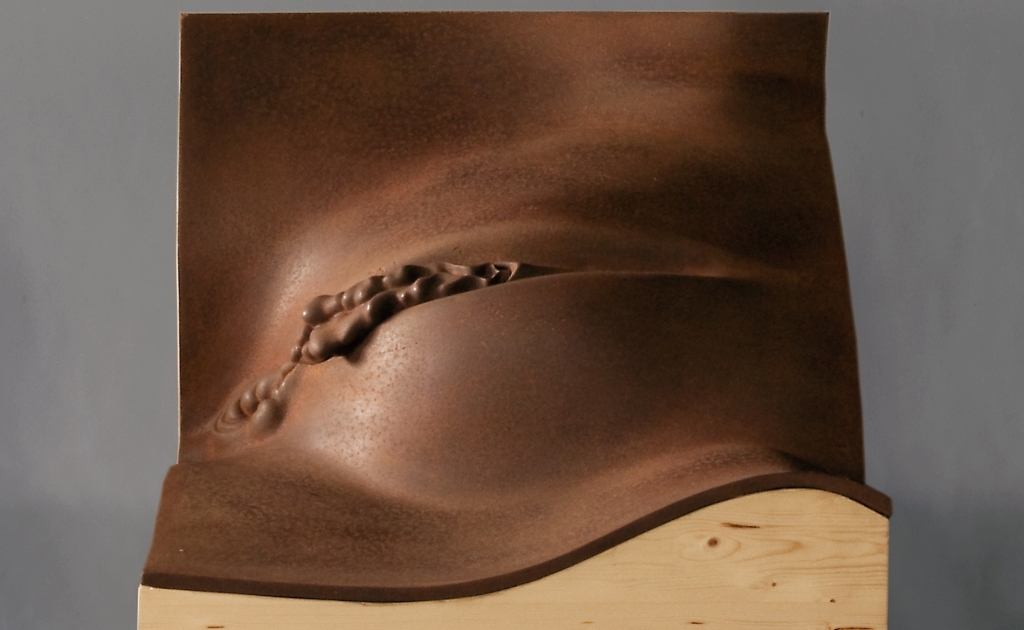 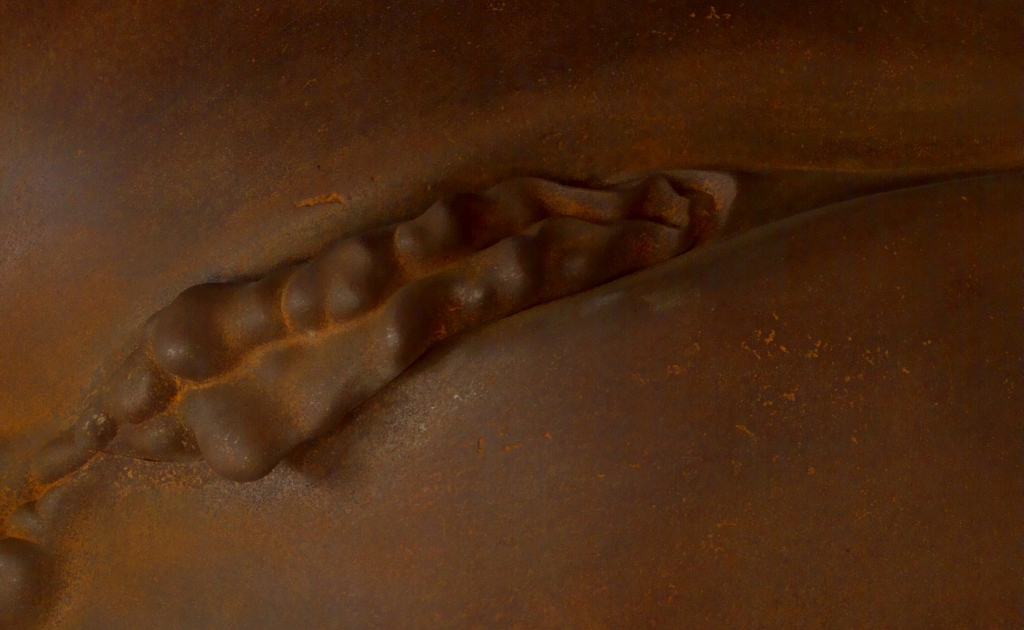 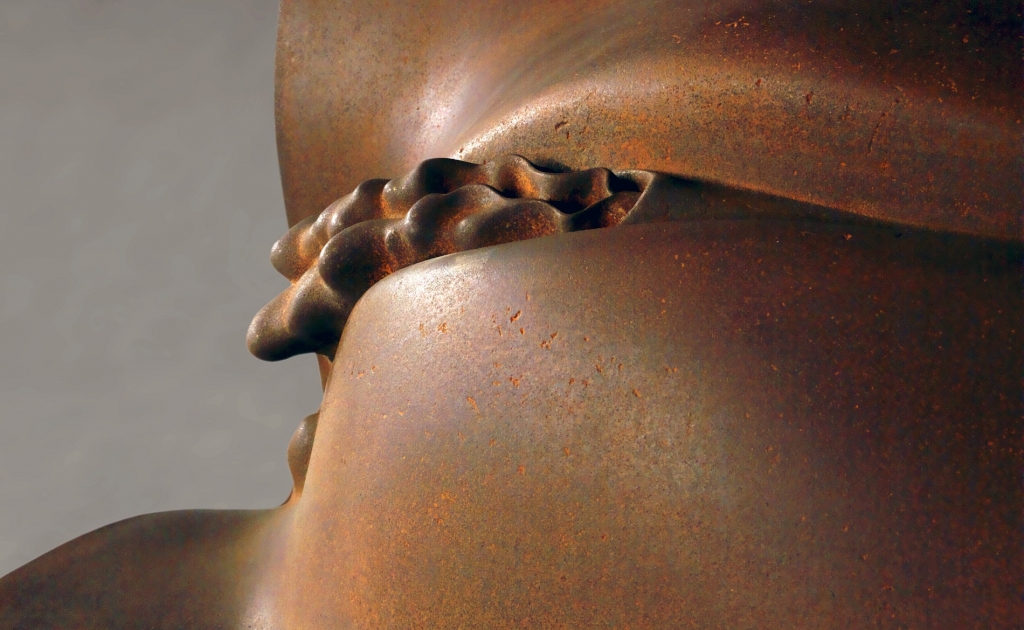 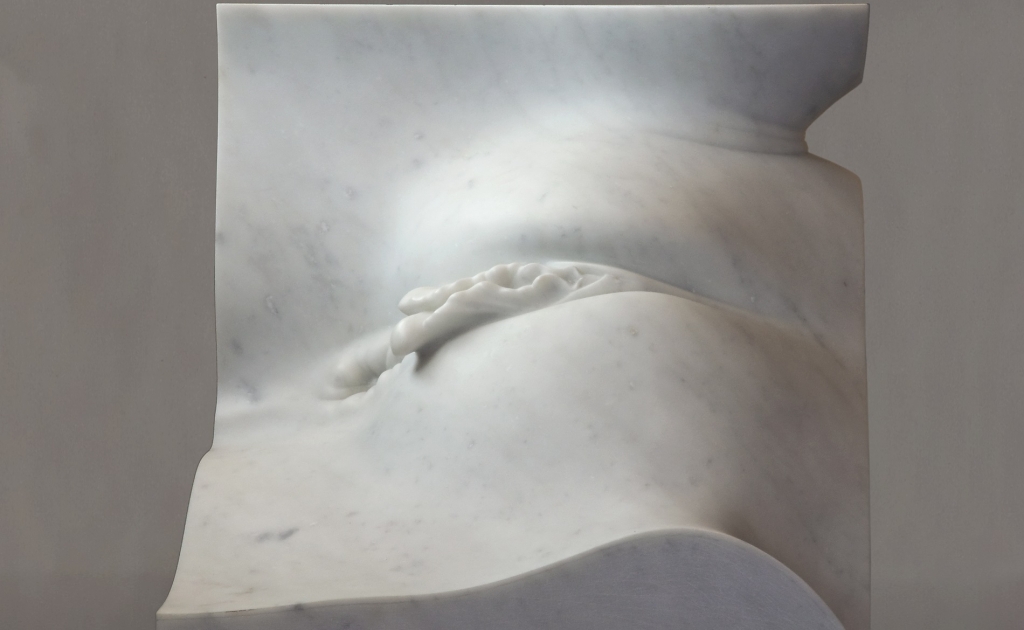 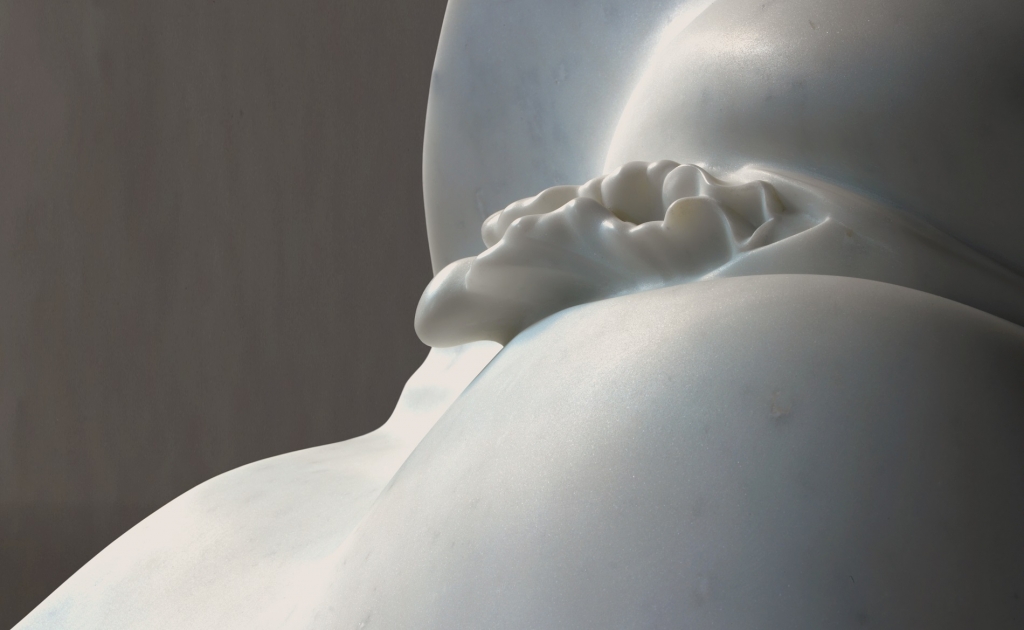 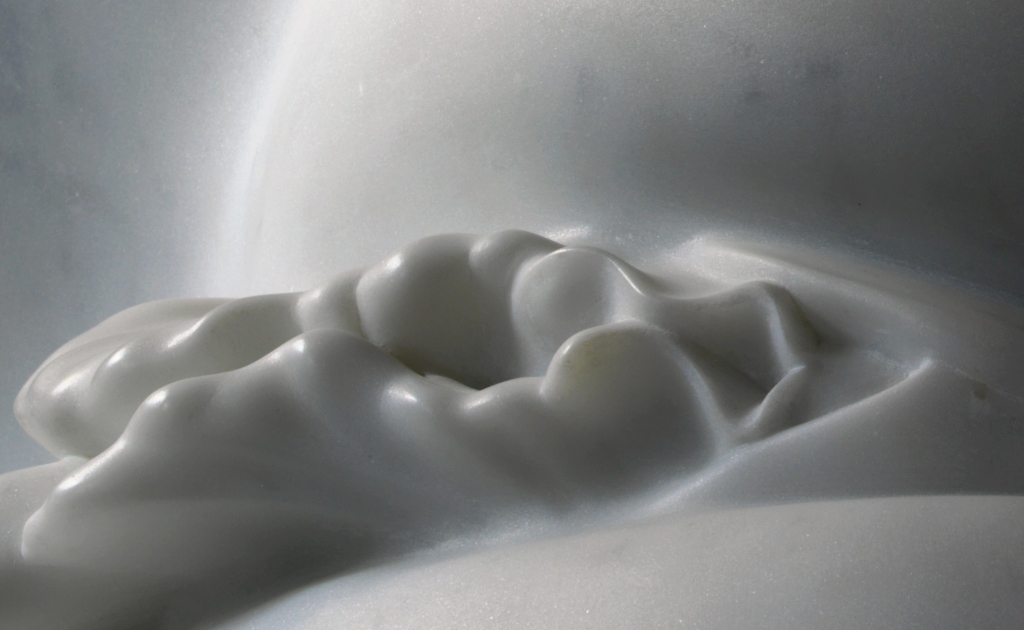 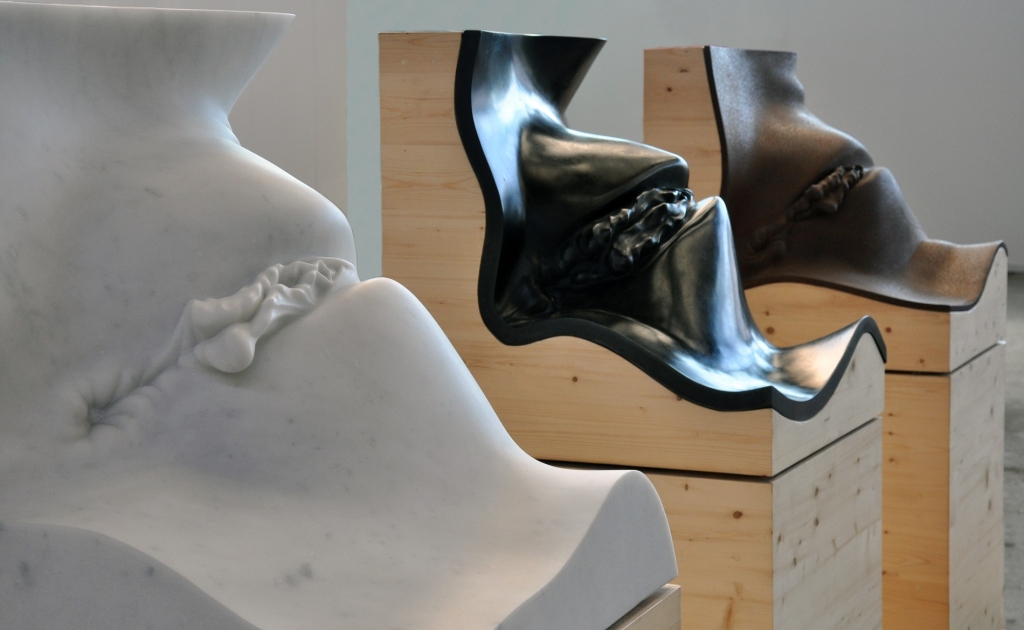 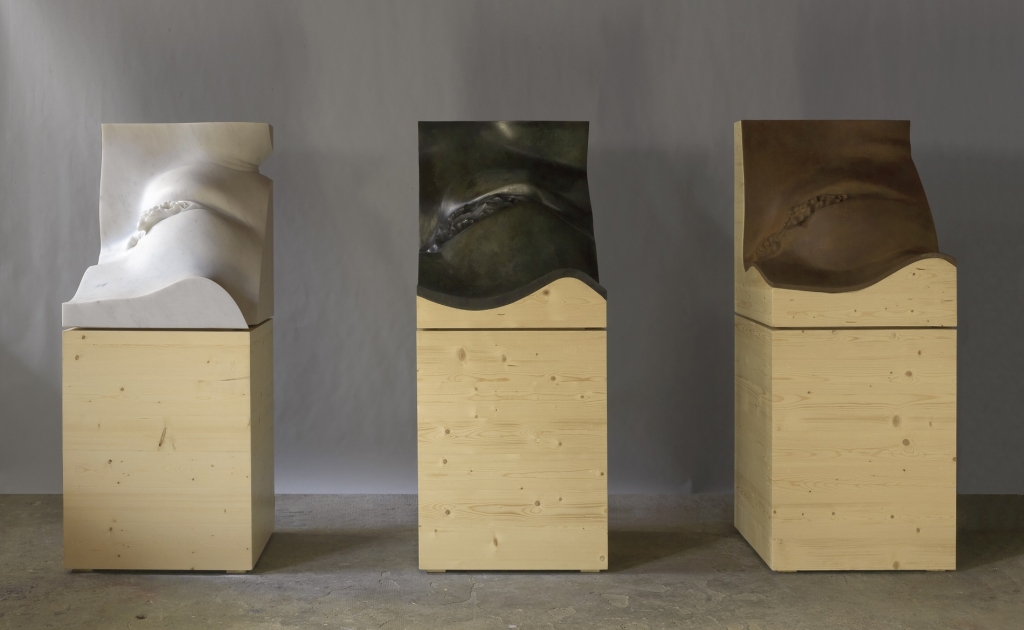 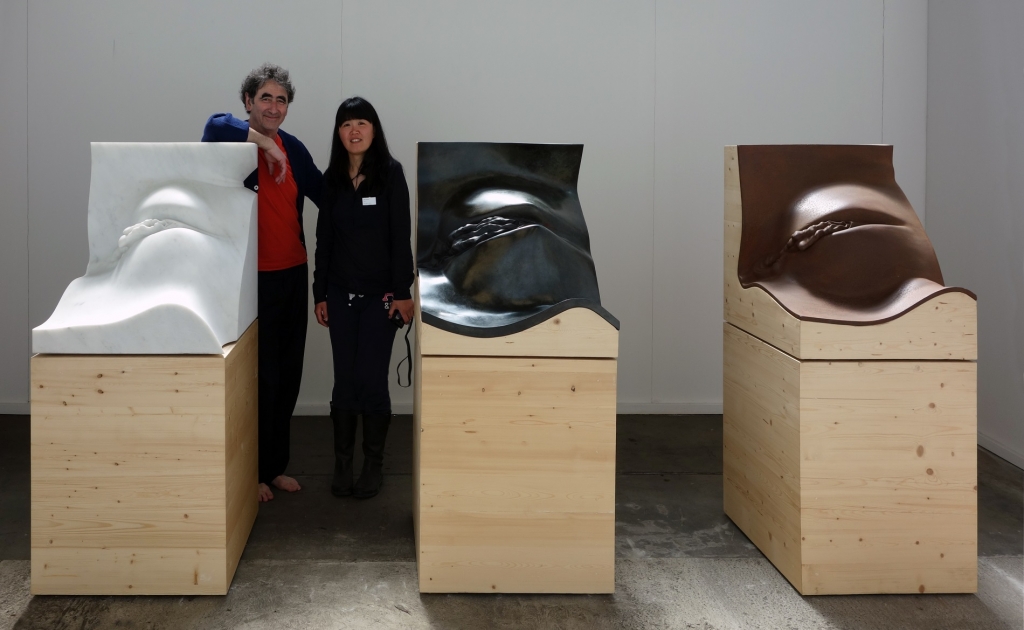 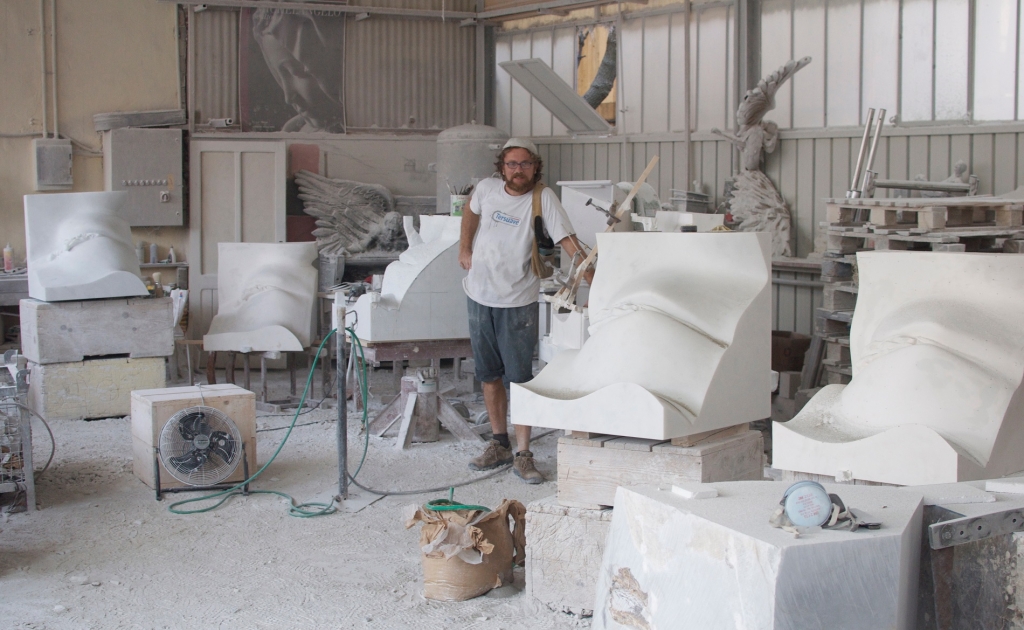 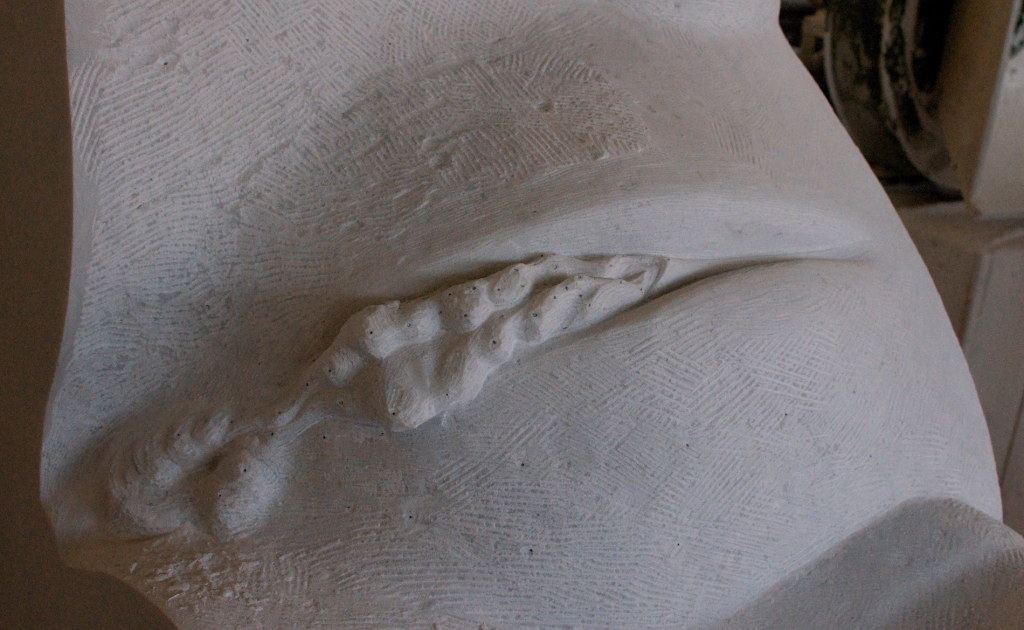 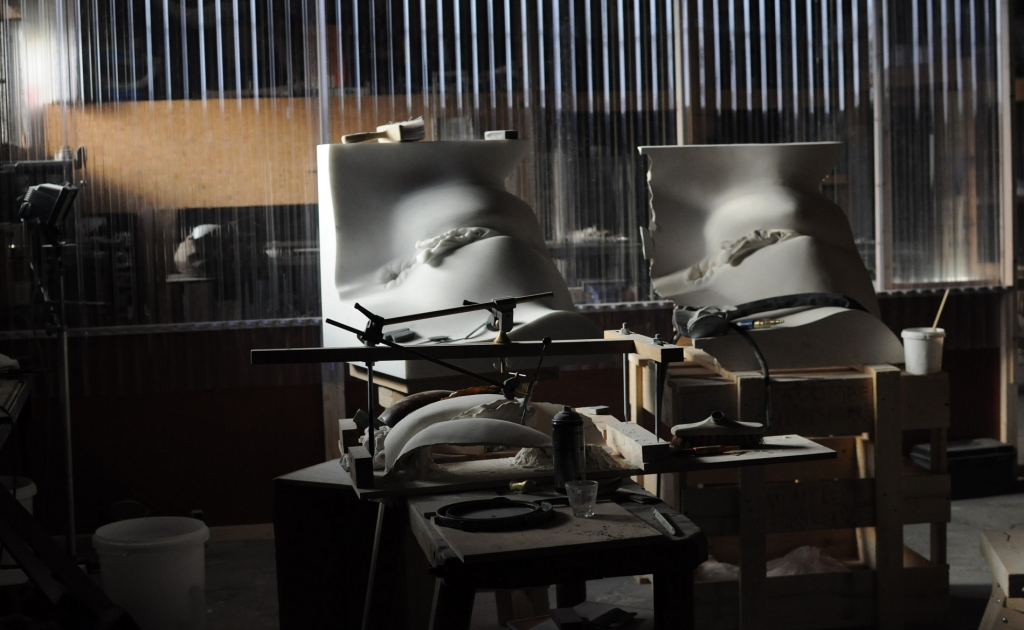 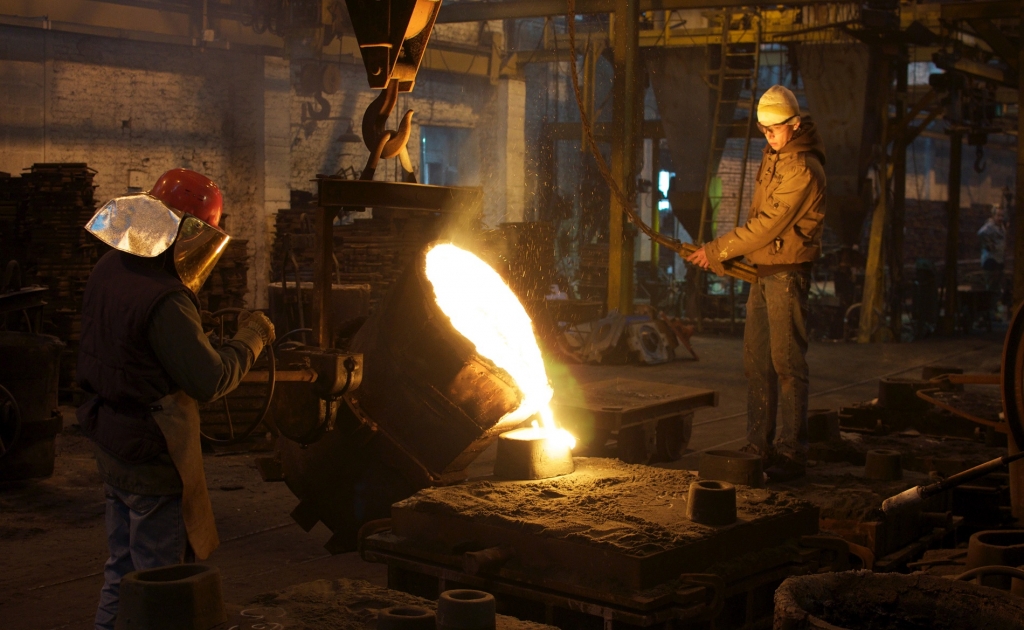 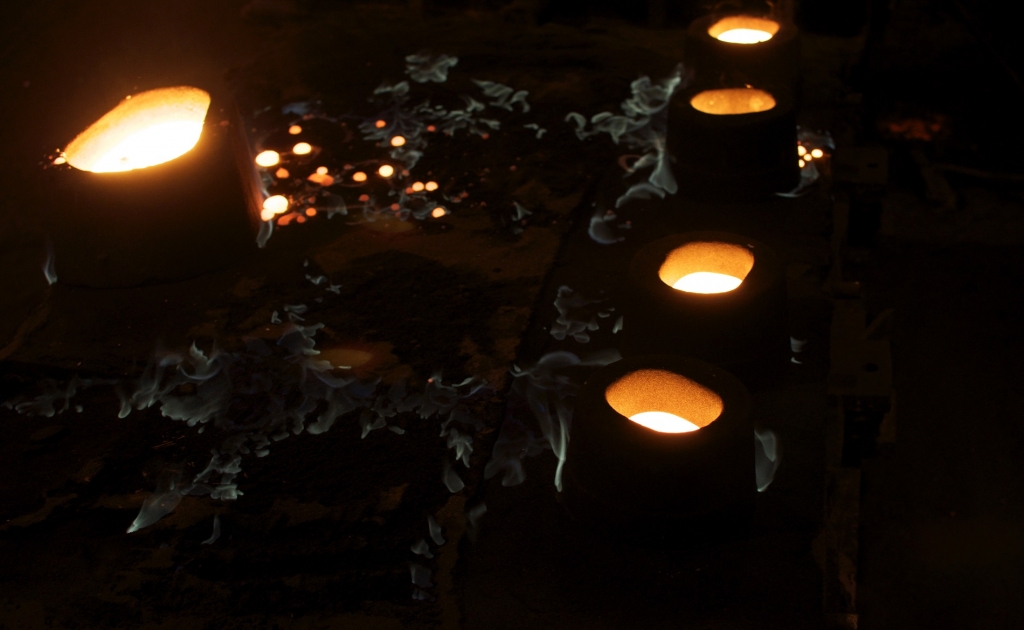 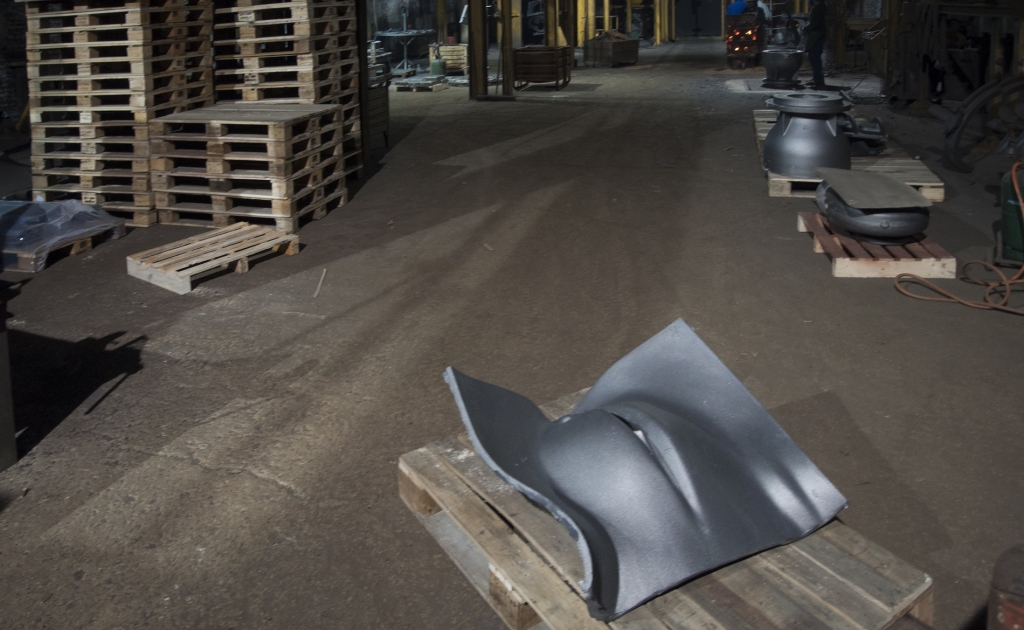