Back to other projects >

I speak my mother’s tongue…
Just before the last type foundry closed in Paris, I had it manufacture 756 casts of a character that I had designed.
The model represented an ear.
Thanks to the length of the character body*, I was able to recreate (like Alexeieff with his pinscreen) a new, larger ear measuring 11cm x 18.3cm.
I then created moulds.
The large ear will be made with 702 casts from this model and will measure 3.10m by 5.10m.
I have already made a hundred casts in synthetic plaster to make sure the idea will work.
The large ear will be laid out horizontally, with the most protruding parts peaking at 80 cm from the ground.
Two rows of small speakers will be arranged on either side at the level of the visitors’ heads.
The looped recordings will repeat the phrase: “je parle la langue de ma mère” (I speak my mother’s tongue).
Each of the speakers will broadcast the recorded phrase in one of the languages spoken in the city where the installation is being shown (between 200 and 250 languages spoken in Paris, for example, so the same number of speakers). These languages will be classified by region and family.
The recordings have begun…

*Incidentally, the words body, shoulder, face and beard are used in the description of a typographical character. 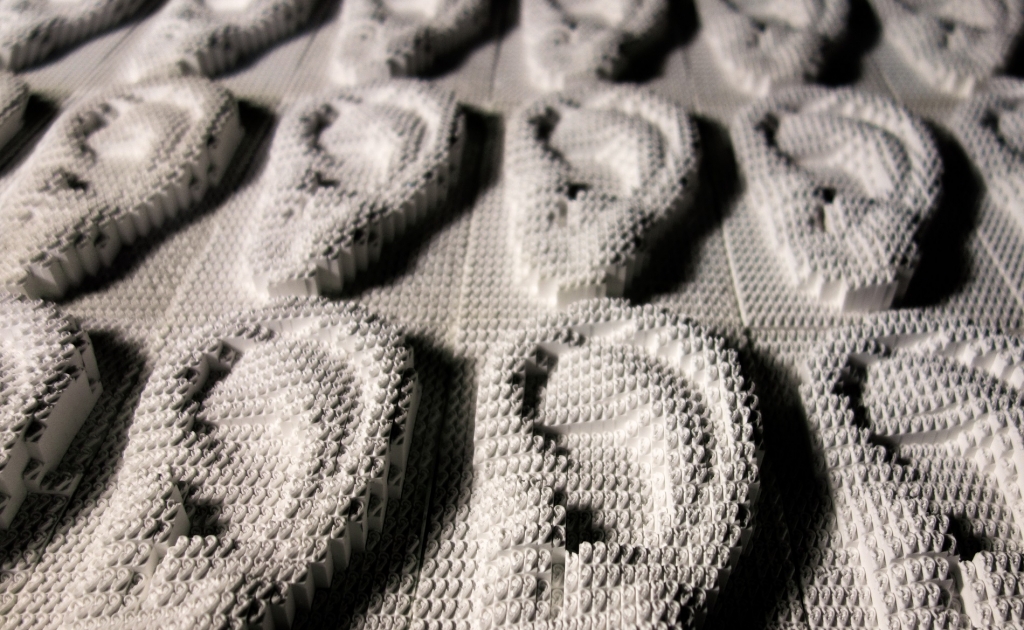 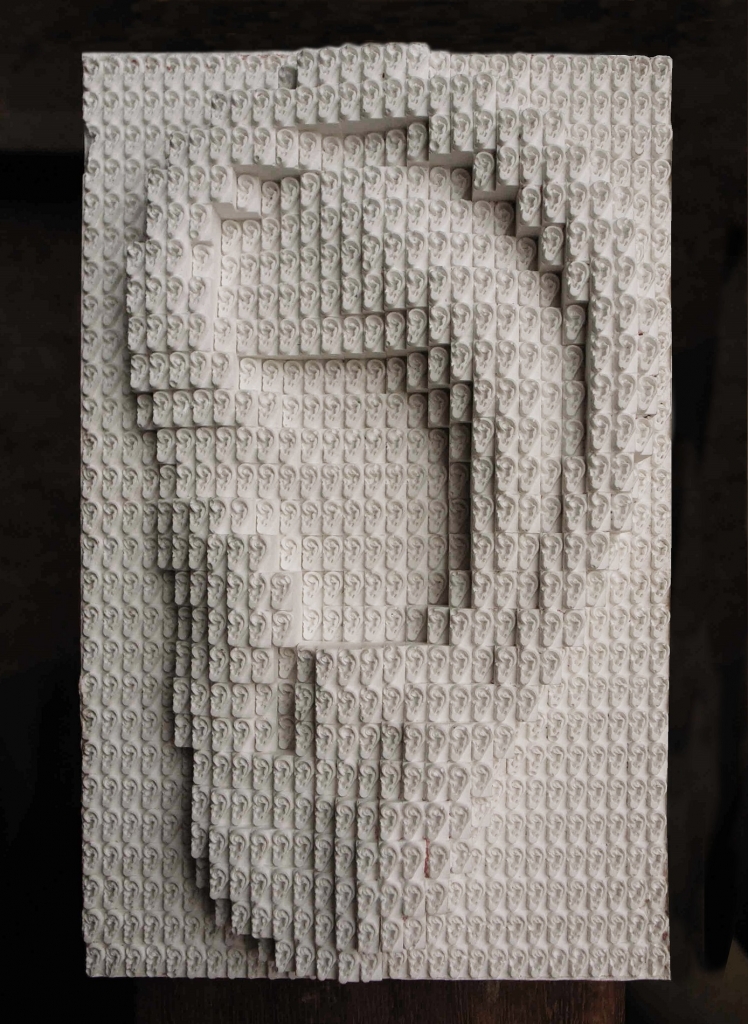